Is Cryptocurrency Going Down the Drain? 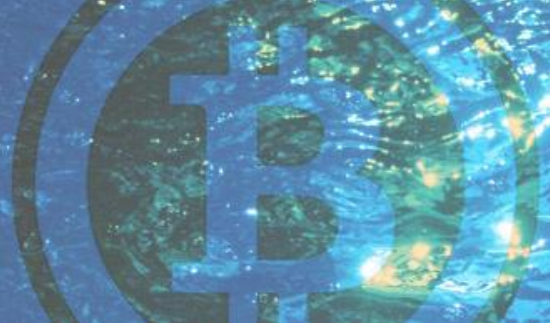 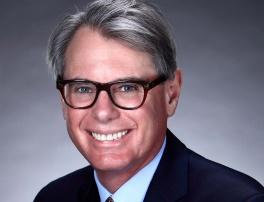 Talk about making waves. Cryptocurrency—digital “tokens” or “coins” rooted in computer code and valued for the very fact that they are disconnected from governments and banks—have experienced spectacular rises and falls in recent months. The crypto-economy is already worth hundreds of billions of dollars (REAL dollars!), and it’s anyone’s guess how fast it will grow after that.

Cryptocurrency’s meteoric rise and market turbulence have challenged people to think hard about what confers value. Cryptocurrency proudly leaves gold and silver standards, and even the faith in national economies that buoys other currencies, in the dust. Instead, it is intimately tied with what I call the water standard. 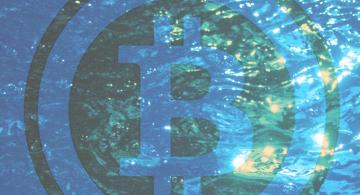 Cryptocurrency is created, stored and transacted in complex mathematical equations that form a distributed ledger, or blockchain. Multiple market participants around the world store a copy of the blockchain on their own computers, ensuring that it is decentralized and that transactions may be verified. Bitcoin “miners” employ powerful computers to do the math necessary to build new blocks for the blockchain. In turn, they are rewarded in virtual currency.

The bottom line is that there’s no Fort Knox full of Bitcoin. Even more than the dollar, euro or yen, which flit around the world in electronic transfers, cryptocurrencies exist only in the ether. And the memory storage and processing power that keeps cryptocurrency afloat is itself floating on a massive pool of water.

A single silicon chip factory can use 2 to 4 million gallons of ultra-pure water every day to manufacture computer components. That’s enough to supply as many as 50,000 homes. On top of that silicon chip goes gold (another 16 to 24 million gallons per day for mining and processing at a single facility) and copper (which requires an average of 62.3 gallons of water per pound for mining and processing). Then there’s plastic—representing an average of 7.5 barrels of water used to extract 1 barrel of petroleum, followed by torrents of water in refining and processing the oil into resin—and other rare earth minerals.

As a former CEO of a mining company, I know first-hand how much water it takes to mine and process metals and minerals. What I find just as fascinating is trying to determine how much water is tied up in mining Bitcoin and other cryptocurrencies.

Beyond the water that underlies the hardware, water is integral to the rest of the virtual currency mining process, too. Crunching the numbers to create the blockchain code—the “crypto” in cryptocurrency—takes energy. A lot of it.

According to Digiconomist, Bitcoin’s annual energy consumption accounts for 0.21% of the world’s electrical use. That’s enough to power 4.4 million American homes, roughly equivalent to the annual consumption of Singapore, and more than Denmark’s or Hong Kong’s.

Generating energy, whether it’s by burning oil that was pushed from the ground by water, sparking gas that was fracked with millions of gallons of fluid, or smashing atoms in metals mined in water-intensive processes, requires water for steam to spin the turbines that turn heat energy into electricity. Then there’s water to cool the steam and start the process again.

Crunching numbers generates a lot of heat, which is why server farms are built beside massive rivers. That includes the server farms that have popped up across rural China to tackle about 75% of the world’s Bitcoin mining (though a crackdown recently announced by the Chinese government is likely to reduce that figure significantly). If those mines dry up, the mining action will heat up somewhere else, and the new servers will need water to cool them, no matter where in the world they pop up.

Cryptocurrencies have redefined the relationship between water and money. It used to be that water was tied to the financial markets primarily by utility stocks and municipal bonds. But cryptocurrencies are more direct, in a way. They’re not investments in water—instead, they flow directly from water. From my worldview, the cryptocurrency blockchain starts and ends at the watershed.

Some prescient investors—including Michael Burry, profiled in The Big Short , and the creators of Monopoly, who cemented the synergy between the Electric Company and Water Works by making it nearly three times more profitable to own both—recognized the continuum that links energy and water. Ostensibly, that’s what earned the man in the monocle enough Monopoly money to buy that awesome roadster.

Even Hasbro, the distributors of Monopoly, have caught on to the fact that the once-prevalent utilities are being submerged to a role that underlies flashier investments. Not only does the Electronic Banking Edition of Monopoly replace colorful bills with electronic cash cards, but the game’s Here and Now version has replaced the Electric Company and Water Works with internet and cell phone service providers. And now the man in the monocle drives a Prius. There’s a lot of virtual water beneath those electrical icons, though I can’t tell you whether the instructions of Monopoly Here and Now delve into the links that inextricably bind the internet, cell phones and water.

I have to confess at this point that as a water professional, I am extremely skeptical of anything whose name includes the prefix “crypto.” In cryptocurrency terms, “crypto” is code for “code,” the mysterious blockchain equations that create the ledger underpinning the market. But for a water guy like me, it’s hard to separate the prefix from Cryptosporidium , which, translated literally, is the “hidden seed” that silently causes horrific outbreaks of waterborne illness. Some investors may get a little queasy thinking about putting their money into cryptocurrency. For me, it goes even further. I can’t help but think of diarrhea and death.

That said, today’s talk of cryptocurrency (regardless of where trading takes the various coins and tokens) should elicit a worthwhile conversation on value—the value of money and the value, sometimes deeply cryptic, of water.