Macrofouling communities and the degradation of plastic bags in the sea: an in situ experiment 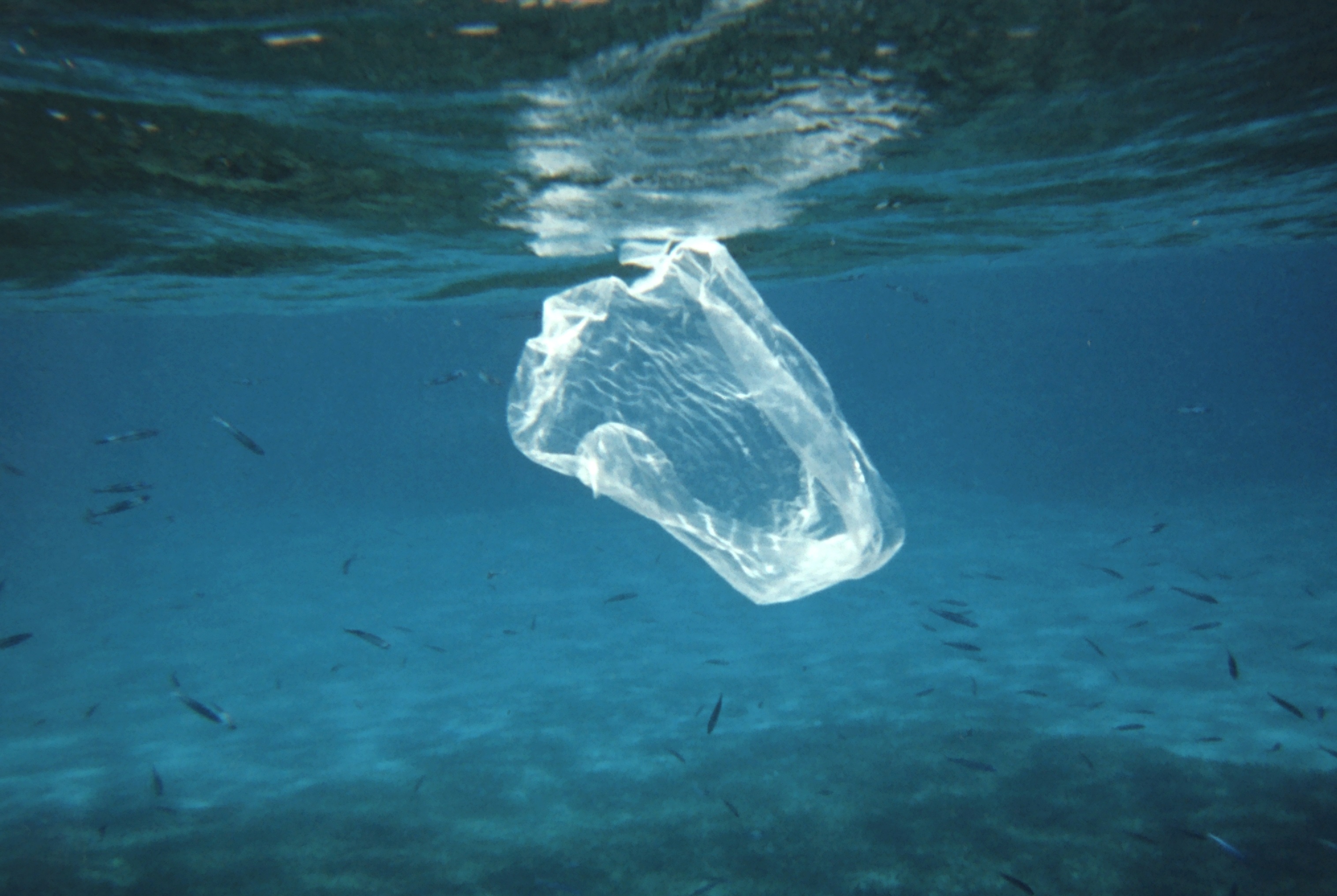 The increasing amount of plastic littered into the sea may provide a new substratum for benthic organisms. These marine fouling communities on plastic have not received much scientific attention. We present, to our knowledge, the first comprehensive analysis of their macroscopic community composition, their primary production and the polymer degradation comparing conventional polyethylene (PE) and a biodegradable starch-based plastic blend in coastal benthic and pelagic habitats in the Mediterranean Sea. The biomass of the fouling layer increased significantly over time and all samples became heavy enough to sink to the seafloor. The fouling communities, consisting of 21 families, were distinct between habitats, but not between polymer types. Positive primary production was measured in the pelagic, but not in the benthic habitat, suggesting that large accumulations of floating plastic could pose a source of oxygen for local ecosystems, as well as a carbon sink. Contrary to PE, the biodegradable plastic showed a significant loss of tensile strength and disintegrated over time in both habitats. These results indicate that in the marine environment, biodegradable polymers may disintegrate at higher rates than conventional polymers. This should be considered for the development of new materials, environmental risk assessment and waste management strategies. 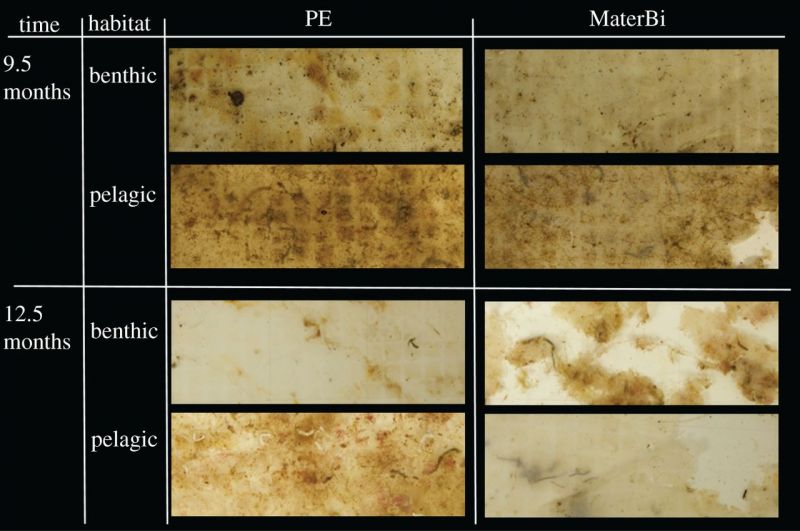