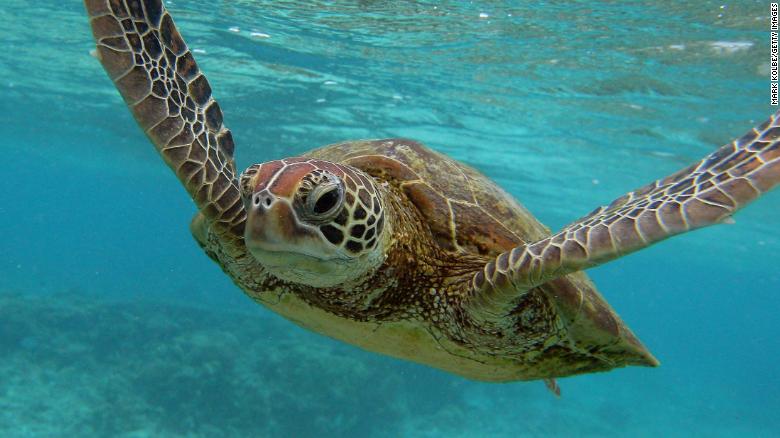 A new study find microplastics in guts of every species of sea turtle across world.

Despite concerns regarding the environmental impacts of microplastics, knowledge of the incidence and levels of synthetic particles in large marine vertebrates is lacking.

Here, we utilize an optimized enzymatic digestion methodology, previously developed for zooplankton, to explore whether synthetic particles could be isolated from marine turtle ingesta.

Synthetic particles being isolated from species occupying different trophic levels suggest the possibility of multiple ingestion pathways. These include exposure from polluted seawater and sediments and/or additional trophic transfer from contaminated prey/forage items.

We assess the likelihood that microplastic ingestion presents a significant conservation problem at current levels compared to other anthropogenic threats.