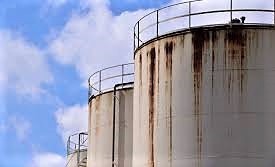 This blog series examines major trends and newsworthy events that occurred in the US water industry during the fourth quarter of 2017. The first part of the series focuses on activity within the Southwest and West regions of the US.  Check back tomorrow for part two of the series, which will cover the New England, Mid-Atlantic, and South regions of the US.

In October 2017, the governing board of the Central Arizona Project aqueduct system approved a purchase agreement for seven farms encompassing 2,203 acres in rural Mohave County.  The $34 million purchase would include the water rights for farmland near the Colorado River and the transfer of that water for use in Phoenix and Tucson.  The governing board will vote on final approval of the purchase in January 2018, and if approved, the transaction will close in February 2018.

In December 2017, city workers in Galveston, Texas discovered a leak in a 10-inch water line that had been previously abandoned by the city in the mid-1990s.  It is projected that the leak has been releasing an average of 3 million gallons of water a day into the city’s storm sewer system for approximately the last seven years.

The Texas Water Development Board has been given $600,000 to develop the state’s first-ever flood plan, which will evaluate statewide flood risks, outline projects that might mitigate the flooding, and provide suggestions as to how the state could help finance the projects.   Specifically, the board will reach out to municipal and county governments, planning authorities, and citizen to gain insight about their respective flood strategies and to determine future infrastructure improvements needed to lessen flooding damage.  The flood plan is expected to be complete before the state’s 2019 legislative session convenes.

Records from the US Department of Defense show that a government program established to evaluate and clean up more than 500 contaminated military sites across Oklahoma will cost an estimated total of $677 million by the time it concludes in 2099.  Specific cleanup efforts include the removal of explosives, munitions, arsenic, and lead at numerous military bases.

In the fourth quarter of 2017, the greatest demand for planning, design, consulting, and engineering services in the US was seen in the West, with California accounting for just over half of the region’s total demand.   Specific opportunities within the state included the design and planning of reservoir expansion, a sustainable water infrastructure, and related projects; the design and evaluation of alternative retrofits for a reservoir outlet tower to minimize seismic vulnerability; and the preparation of an environmental impact statement for the proposed reclamation of an aggregate quarry.

Wildfires were prevalent across the state of California during the fourth quarter of 2017. Northern California wildfires, which were fueled by low humidity and the Diablo winds, burned over 191,000 acres of land and resulted in more than 40 deaths, the partial or total destruction of more than 14,700 homes and 700 commercial properties, and insured losses of at least $3 billion as of late October 2017.  In southern California, strong Santa Ana winds contributed to the spread of wildfires that burned over 281,000 acres of land, destroyed or damaged more than 1,050 structures, and caused 50,000 people to evacuate as of late December 2017.

In November 2017, Alaska’s Fairbanks International Airport reported that toxins from firefighting foams had been found in 26 drinking water wells near the airport.  Of these, 19 wells serving residences and businesses had levels of perfluoroalkyl and polyfluoroalkyl substances (PFAS) above health advisory levels set by the US EPA.  The chemicals were present in the remaining seven wells, but in amounts below the US EPA’s set limits.

According to a US Geological Survey study published in December 2017, polluted groundwater renders coral reefs in Hawaii more vulnerable to ocean acidification than scientists previously believed.  Additionally, the impact of polluted groundwater on coastal coral reef ecosystems may cause them to collapse earlier than predicted by current projections based only on ocean acidification.