Taking the Measure of Ghana’s Watersheds: a Critical Requirement for Sustainable Intensification 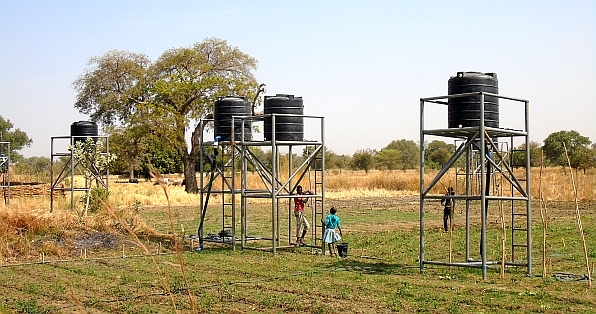 Ghana, like many other developing countries, has embraced the notion of sustainable intensification of agriculture and is seeking pathways towards this vital aim.

To provide decision makers with an alternative to piecemeal approaches based on site-specific information, researchers with the International Water Management Institute (IWMI) have undertaken the characterization of three watersheds in northern Ghana.

The resulting information provides a foundation for greatly improved land use planning, which takes into account the dynamic relationships between hydrology, climate, soils and agricultural production practices. 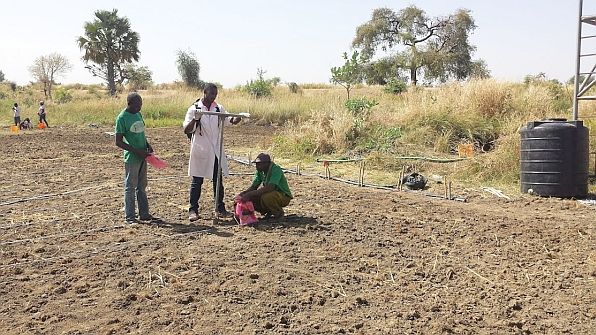 A lot is at stake in the handling of such decisions. Recent studies suggest there is much potential for achieving sustainable intensification of agriculture in northern Ghana, where this is a mainstay of people’s livelihoods. Since water availability is a key determinant of agricultural productivity in the region, water storage and small-scale irrigation have a significant role to play in enhancing rural livelihoods.

Yet, despite large irrigation potential (estimated at nearly 3 million hectares for the country as a whole), only 1.5% of Ghana’s arable land is under formal and informal irrigation. Since the chief barrier to expansion is the high initial cost of equipment, it is exceedingly important for future investments to depend on reliable information about watershed resources.

A new study prepared by IWMI researchers and partners – titled  Agro-climatic and hydrological characterization of selected watersheds in northern Ghana  (IWMI Working Paper 173) – should help achieve this end. It describes key features of three watersheds within the White Volta River Basin: Anyari and Zanlerigu in Upper East Region and Bihinaayili in Northern Region.

Performed from a landscape perspective, the characterization is based on data from historic climate analysis, watershed delineation, soil and land cover mapping, and analysis of soil and water quality as well as current water management and agricultural production practices. The results thus provide a comprehensive baseline for decisions about new interventions.

In all three watersheds, the cropping systems consist of various cereals grown during the rainy season for domestic consumption and vegetables produced with small-scale irrigation in the dry season for sale at local markets. The characterizations shows that, in general, the natural resources can support intensification of these systems, including crop production under rainfed conditions as well as dry-season irrigation. 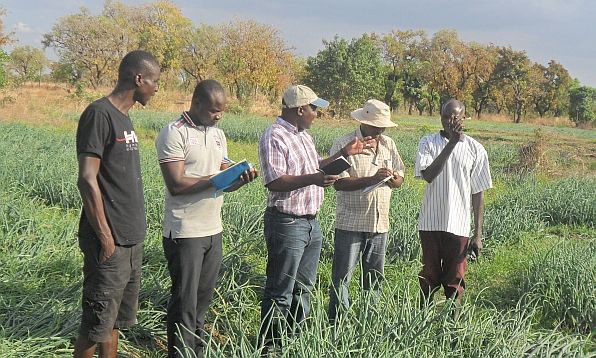 The soils, for example, being primarily clay loams and sandy clay loams, are ideal for surface irrigation and pressurized irrigation systems. To raise productivity, however, farmers need help in developing better soil and water management practices. For example, substantial fertilizer inputs, especially organic fertilizers, are essential. A further challenge is to improve soil moisture retention for higher productivity in the rainy season. 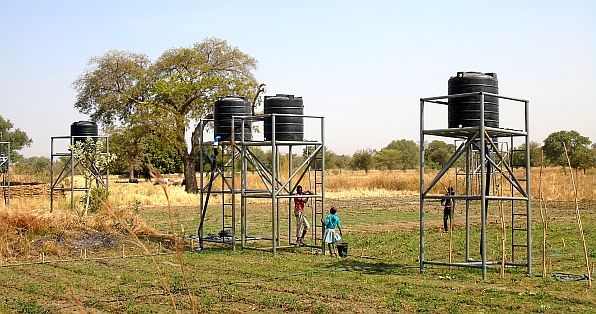 In the Anyari and Zanlerigu watersheds, irrigation depends mainly on shallow wells and small reservoirs, which dry up at the peak of the dry season. In contrast, farmers in the Bihinaayili watershed, use runoff water from the Libga reservoir, which provides water for irrigation year-round. There is significant scope for better use of the wells and reservoirs for supplementary irrigation during dry spells in the rainy season and for irrigation of short-season crops in the dry season. This is critical for boosting productivity, while reducing or even eliminating crop failures.

The study underlines the practical implications of specific results from the watershed characterization for the design of water management interventions. In the Zanlerigu watershed, for example, the predominantly clay soils are more prone to flooding, because they do not permit fast and easy infiltration of water during rainfall and irrigation. They have the advantage, however, of lower moisture loss through evaporation and transpiration from plants. To achieve optimum water-use efficiency, irrigation projects should therefore aim for slower flow rates to allow time for water infiltration and irrigate crops somewhat less frequently.

The new IWMI study formed part of the Innovation Lab for Small-Scale Irrigation (ILSSI) project and Africa Research in Sustainable Intensification for the Next Generation (Africa RISING) program, both funded by Feed the Future, the US government’s global hunger and food security initiative.