The National Flood Insurance Program is up for Reauthorization: Here’s What Congress Should Do 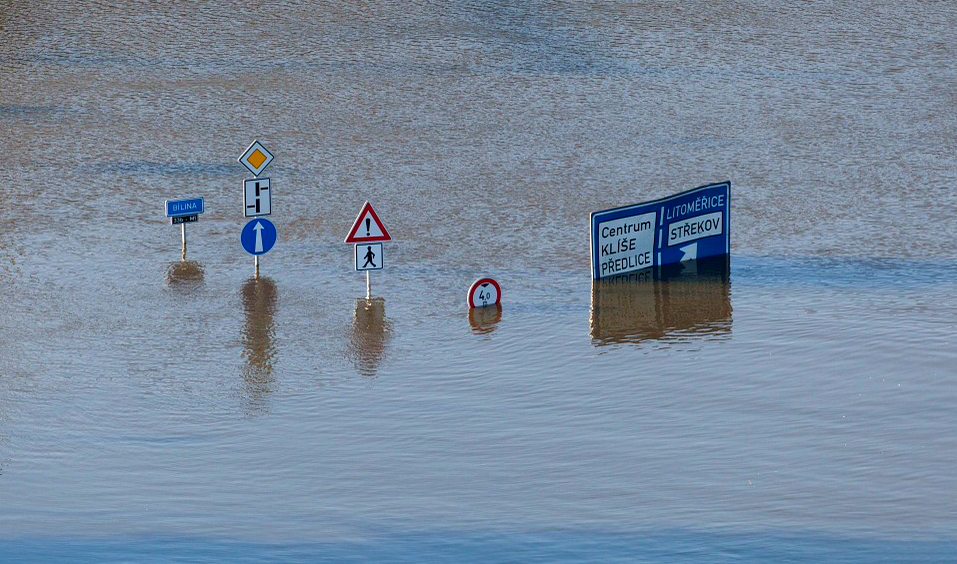 The National Flood Insurance Program is up for reauthorization by the end of September and the clock is ticking for legislation to extend the program. With so many homeowners and small businesses depending on this vital program, will Congress take the necessary steps to reform and strengthen the program—especially in light of the growing risks of coastal and inland flooding?

Here’s a quick rundown of the latest bills and what they might mean for the future of the program.

The NFIP is in urgent need of reform

With about 5 million policyholders nationwide (see map), the NFIP is vital for homeowners—especially for those who live in flood-prone areas inland or along the coasts. You or someone you know is likely one of these homeowners; perhaps you’ve spend some time this summer in a beachfront community that participates in the NFIP. Reauthorizing the program is critical to protect such homeowners.

But the NFIP is also urgently in need of reforms to help put the program on a healthy financial footing and ensure that it encourages climate-smart choices. The program has been on the GAO’s High Risk list since 2006 and is over $24 billion in debt.

For quick refresher on the NFIP, see my earlier blogpost highlighting five ways to improve the program to promote climate resilience:

Action in the House

However, last week 26 House Republicans indicated to Speaker Ryan that they could not support the package in its current form. This means that Chairman Hensarling will have to work on further changes before a bill is brought to the Floor for a vote.

A major priority for Chairman Hensarling is ensuring that taxpayer interests are protected as the NFIP is extended. In his opening remarks last month he said:

“There are so many important voices in our debate today on the reauthorization of the National Flood Insurance Program… But as far as I’m concerned, perhaps the single-most important voice is the voice that remains underrepresented in the debate and that is the voice of the American taxpayer.”

Meanwhile Rep. Maxine Waters, the ranking Democrat on the committee, has expressed concernthat the package of bills might actually “make matters worse by restricting coverage, increasing costs, and opening the door to cherry-picking by the private sector.”

Action in the Senate

In the Senate, there are several bipartisan bills that show that agreement is possible in several key areas, although there remain some important differences between the bills on how best to balance competing priorities. Work remains to help reconcile these bills.

Senators Cassidy (R-LA) and Gillibrand (D-NY) introduced S.1313 – Flood Insurance Affordability and Sustainability Act of 2017 last month. Senators Capito (R-WV) and Kennedy (R-LA) have also joined as co-sponsors of this bill. The bill seeks to extend the program for 10 years, increase funding for pre-disaster and flood mitigation assistance programs, take steps to address affordability concerns, preserve funding for flood mapping, and enhance the role of the private sector in the flood insurance market.

Last month Senators Scott (R-SC) and Schatz (D-HI) introduced S.1445 – Repeatedly Flooded Communities Preparation Act which directs communities with properties that have repeatedly flooded to develop submit and implement a community-specific plan for mitigating continuing flood risks. This is similar to a companion House bill mentioned above, H.R. 1558, which was introduced by Rep. Royce (R-CA).

(Interestingly, the bill also has an extensive section on funding for wildfires, long a priority for Senator Crapo.  It adds “wildfires on federal lands” in the definition of “major disasters” under the Stafford Act, which would allow funding from the Disaster Relief Fund to be made available to the Department of Interior or the USDA for fire suppression operations.)

The Nation needs a robust NFIP

Flood risks are growing along our coasts because of sea level rise and inland because of an increase in heavy rainfall. At the same time, growing development in floodplains is putting more people and property in harm’s way. Importantly, climate change will increase flood risks in many parts of the country, regardless of whether homeowners purchase flood insurance through the private market or the taxpayer-backed NFIP.

A recent study from Zillow highlights the long term risks our nation faces from sea level rise. It finds that:

Nationwide, almost 1.9 million homes (or roughly 2 percent of all US homes)—worth a combined $882 billion—are at risk of being underwater by 2100. And in some states, the fraction of properties at risk of being underwater is alarmingly high. More than 1 in 8 properties in Florida are in an area expected to be underwater if sea levels rise by six feet, representing more than $400 billion dollars in current housing value.

Flood risk maps in many parts of the country are outdated, inadequate or non-existent, and even the latest maps do not include sea level rise projections. This means that communities and local planners often do not have a clear understanding of their true flood risks, now and into the future. Updating these maps using the latest technology is costly and Congress will need to authorize adequate funding for this. FEMA’s Risk Mapping, Assessment and Planning (Risk MAP) program is an important cornerstone of these efforts.

Investing in flood mitigation measures ahead of time is a smart way to keep risks and costs down. That’s why Congress must beef up funding for FEMA’s Flood Mitigation Assistance and Pre Disaster Mitigation Grant Programs, alongside extending the NFIP. Prioritizing investments in nature-based protective measures, such as preserving wetlands, are also a very important way to help safeguard communities. In flood-prone areas with properties that get repeatedly flooded, expanding funding for voluntary home buyouts is vital so that homeowners have real options to move to safer ground. Coordinated federal, state and local actions are the best way to reduce flood risks to communities.

Finally, NFIP reforms must include affordability provisions to help low and moderate income homeowners. This could include means-tested vouchers or rebates on premiums and low interest loans or grants for flood mitigation measures and other provisions outlined in recent NAS reports.

If you’re a home owner, it’s a smart idea to know your flood risk and how it might change over time. Here are some resources to get you started:

Time for Congress to Act

There’s no shortage of bills in Congress to reauthorize and reform the NFIP. Now Congress needs to work toward reaching bipartisan agreement on robust legislation by September 30. There’s no excuse for delay or inaction—homeowners around the country are counting on a strong, fair and effective flood insurance program to keep them safe.