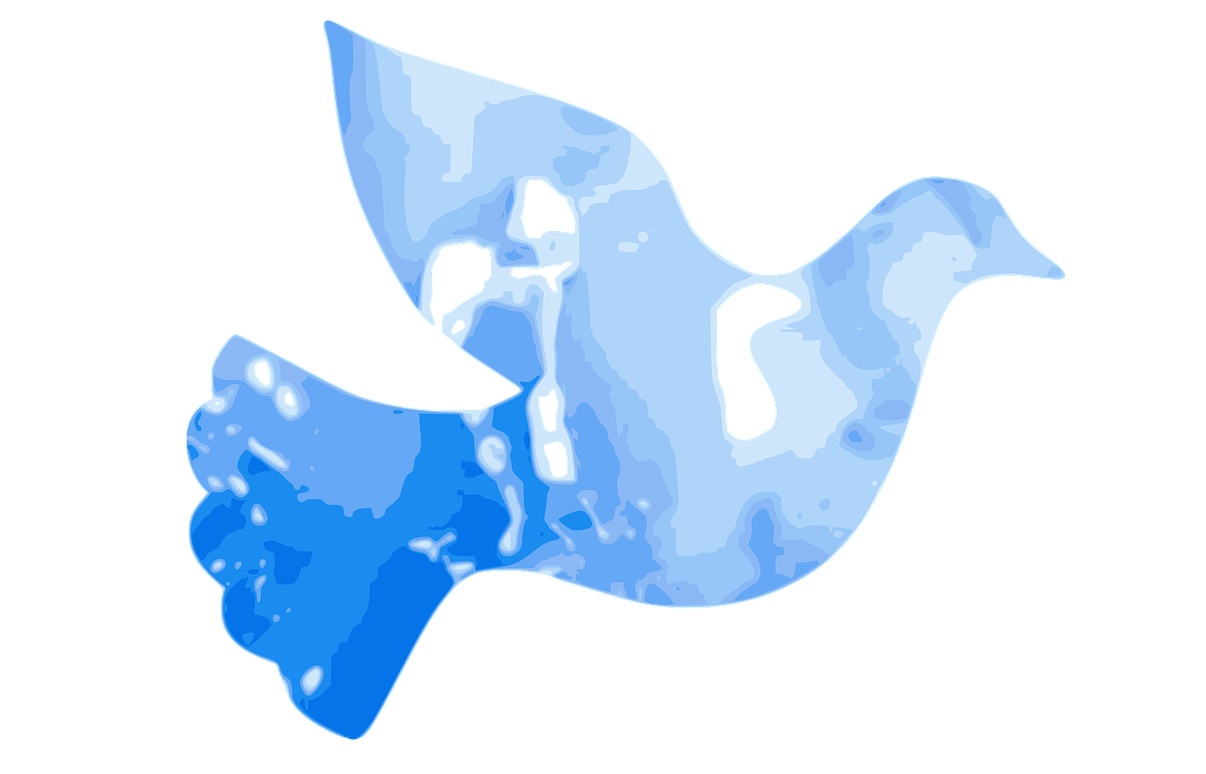 The United Nations Secretary General, Antonio Guterres predicts that "without effective management of our water resources, we risk intensified disputes between communities and sectors and increased tensions among nations."

The United Nations Secretary General, Antonio Guterres, has warned the UN Security Council of the risk of conflict over water. With three-quarters of the 193 UN member states sharing rivers or lake basins with their neighbours, and a projected growth in demand of more than 40% for fresh water by 2050, Guterres predicts that "without effective management of our water resources, we risk intensified disputes between communities and sectors and increased tensions among nations."

The way we use the world’s water sources is important now and will become increasingly important as global populations grow and access to water becomes more competitive. As it stands, water is a commodity, a necessity and for many, a luxury.

In the realm of necessity, the UN General Assembly adopted the 2010 Resolution 64/292 ‘The human right to water and sanitation’,[1] which recognized the right to safe and clean drinking water and sanitation as a human right, and called upon countries like Australia to provide financial resources and the technological capacity to deliver clean water, especially in developing countries. Australia abstained on this resolution, and speculations have arisen that this was driven by economics; that Australia as a water-scarce country prefers an economic approach to water commodification that promotes more efficient use and taxation of its water for state Treasury funds.

A global water crisis is a big concern for industries seeking secure access to water supplies to sustain and expand operations in a never-ending quest for economic growth. In many cases, people are denied access to water because they can’t afford it and do not have the political power to demand support from their governments. What we see in Australia is that low-income households are being priced out of accessing water and saddling themselves with irrecoverable debt.

Living on one of the driest continents, Australians have are told repeatedly to use wisely, have short showers and allow recycled water. This is on the demand side. However you can also utilise your investments to ensure that water is supplied sustainably on the supply side. The Sustainable Platform, which has been recognised as a “great resource” by the UN Sustainable Development Network, allows you to include or exclude the controversial industries you want in your portfolio, while simultaneously allowing you to isolate the causes you want to focus your attention on.

The difference between a water portfolio that does and doesn’t exclude controversial industries is shown in the two figures below. 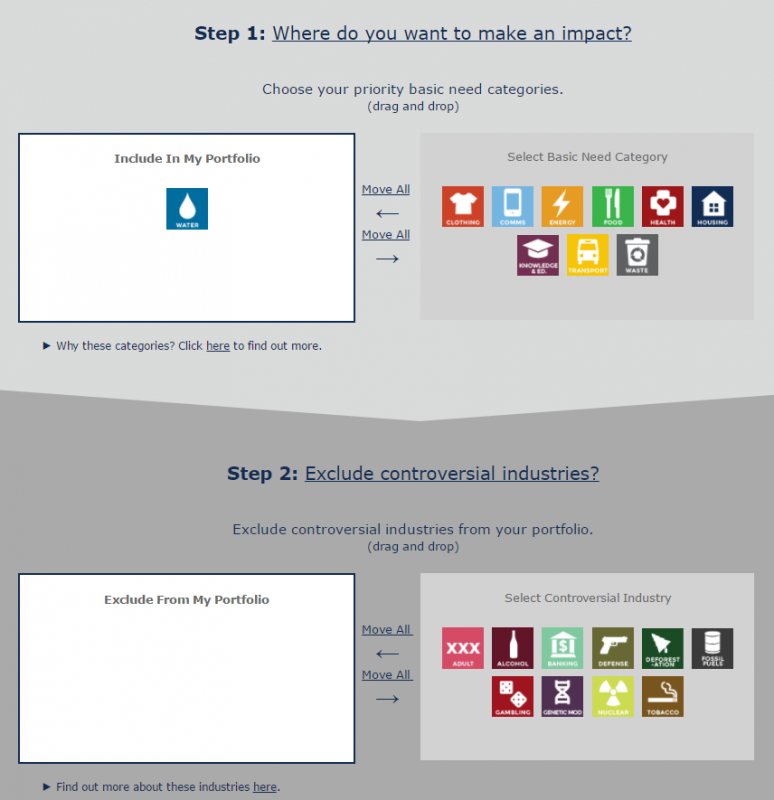 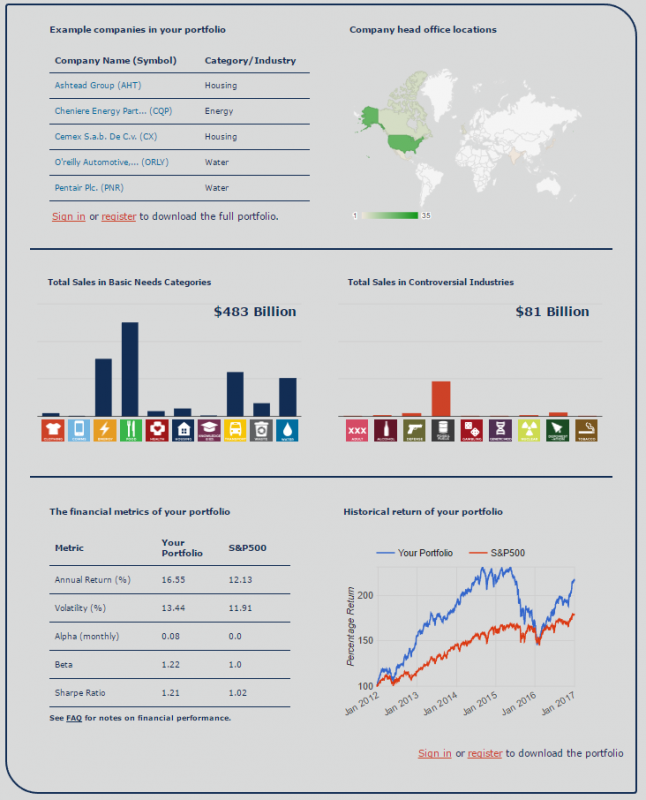 Figures 1 and 2: All controversial industries included. 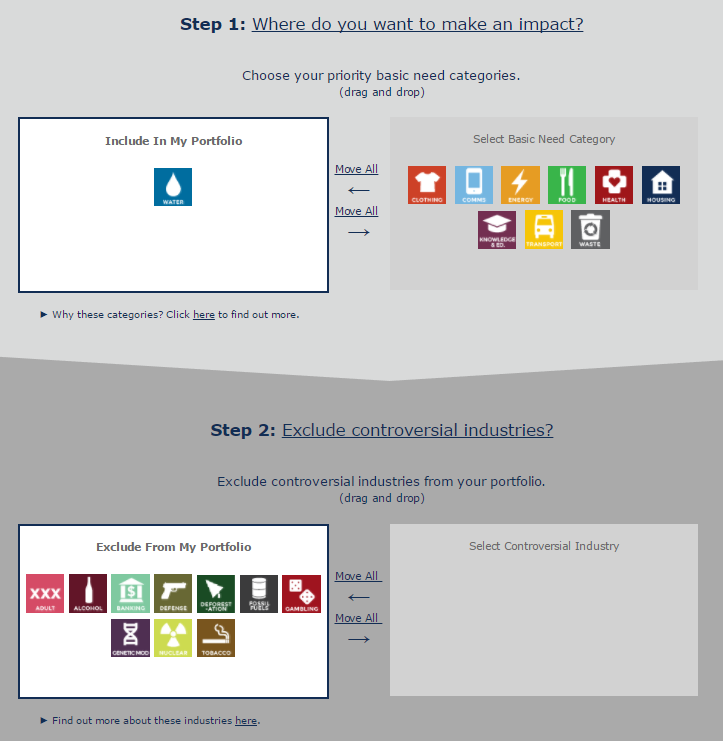 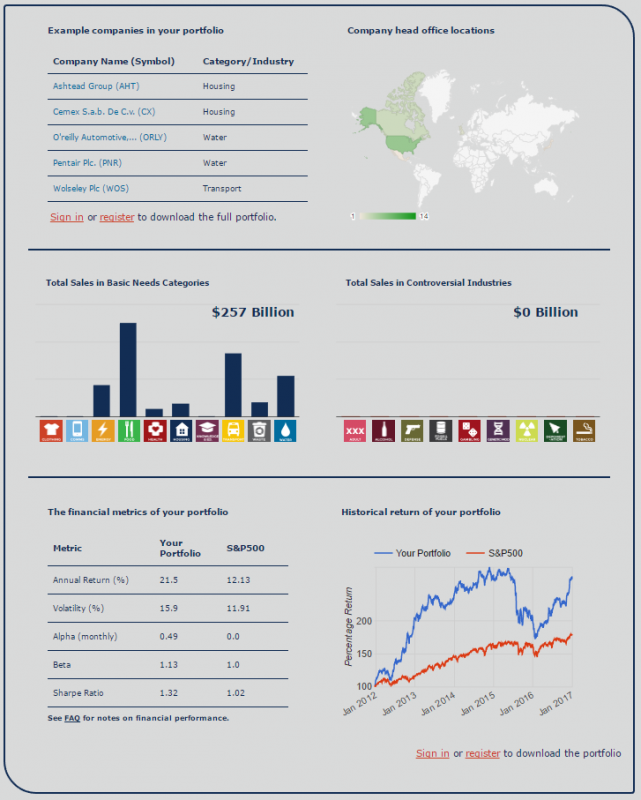 Figures 3 and 4: All controversial industries excluded.

Results are similar but the return on a water-focused portfolio that exclude controversial industries is slightly higher, and more sustainable. In this case a win-win.

You can research your own water portfolio at sustainableplatform.com. The Sustainable Platform and accompanying book was recently endorsed by the UN. 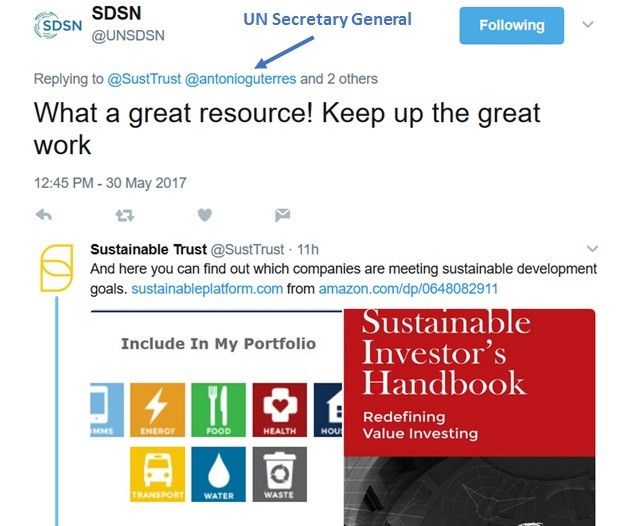