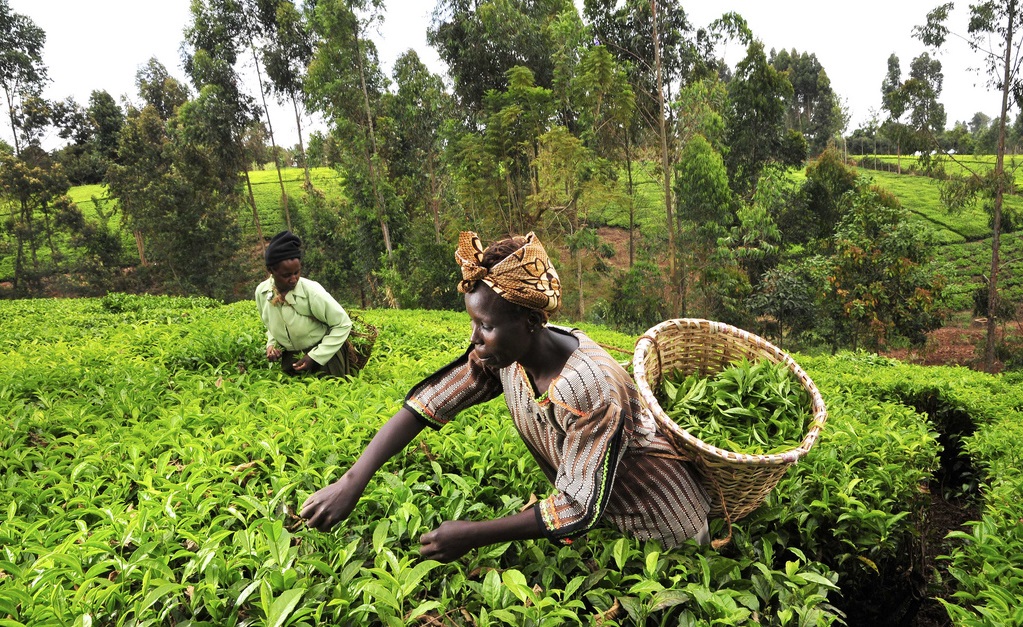 The food system currently employs the majority of people in developing countries, both in self and wage employment. And, according to our recent paper on jobs, all signs indicate that this system — which includes agriculture, as well as beyond-farm jobs in food processing, transportation, restaurants and others — will continue to be a major engine for job creation in the foreseeable future.

As economies all over the world are confronted with the challenge of creating around 1.6 billion jobs over the next 15 years, it is important to harness the potential for job generation through productive alliances.

The job creation challenge is intensifying. And the next generation of productive alliances must tap its potential more proactively. What are the best ways to optimize this approach towards boosting employment?
(Photo: Chhor Sokunthea / World Bank)

The "productive alliances approach" connects farmers, buyers and the public sector around a business plan. These projects include public funding that help smallholder farmer organizations meet the buyers’ needs regarding volume and quality of specific products and enter into a virtuous economic cycle with dynamic markets, where increased productivity, product quality and sales lead to better income levels and to a strengthened capacity to reinvest. Because these investments are not attractive to the financial sector in many cases, these “initial” funds become critical for the farmers.

Since the establishment of the first productive-alliance projects in Colombia and Bolivia in the early 2000s, the World Bank has financed 21 projects in Latin America and the Caribbean, providing more than US$1 billion and benefiting 180,000 households. This approach has also benefited thousands of rural poor families in Mali, Papua New Guinea, Sierra Leone and Vietnam.

But the job challenge is intensifying. And the next generation of productive alliances must tap its job-creation potential more proactively. What are the best ways to optimize this approach towards boosting employment? To answer that question, I refer to three key lessons from our Latin America experience.

Be more selective: not all business proposals have the same potential. Eligibility criteria are very important when it comes to the selection of which business proposals to finance. First of all, proposals should make “business sense,” and need only the “initial” capital to trigger the inclusion of small farmers into a business partnership with the market. This is critical to create sustainable jobs. Furthermore, the government should not choose a priori what value chains to support, but allow the market to determine.

When I was preparing the Rural Alliances Project in Bolivia, we discussed prioritizing value chains. But, in alignment with the national policy, we decided to keep the project open for all possible subsectors. Evidence gathered several years later during an impact evaluation showed that the alliances engaged in coffee and citrus production created up to ten times more jobs than the average for the entire project.  But we would not have known this at preparation, as other value chains were then more promising.

Similarly, the Second Rural Productive Partnerships Project in Colombia created more than 10,000 new jobs —14 full-time jobs on average for each alliance. But during implementation we discovered that plantain and blackberry production showed the highest job-generating potential, with 37 and 26 new jobs created, respectively, per alliance.

Clearly, it matters which products receive support in a given economic country context, but, as this context might change with time, including some flexibility in the implementation phase is important to adjust emphasis on different value chains and respond to country realities as the markets shift.

Include a more aggressive pro-job creation criterion to scrutinize and prioritize proposals. Productive alliances are demand-driven and projects usually include public tenders and mechanisms to screen proposals. We have learned that defining clear evaluation criteria is crucial to ensure the high technical quality of the supported alliances.

The capacity of the proposed business plans to generate jobs should be a key criterion, and alliances with higher job-creation potential should score better than those that only aim at reducing production costs of staple food products.

In Sierra Leone, for instance, a newly launched project seeks to benefit 50,000 primary producers and create over 7,500 additional jobs along the value chains for rice, oil palm, cocoa and poultry. This project has included evaluation criteria to ensure that at least 50 percent of all funding benefits women and young people. In a region where currently half of the agricultural workers are women and millions of young people are expected to enter the labor market in the coming decades, addressing these population groups is pivotal.

Track direct and indirect employment. Productive-alliance projects have been effective in creating jobs not only on-farm, but are also linked to service providers and processors. However, it has been difficult to track the impacts, especially when it comes to measuring off-farm jobs.

Take for instance the Bolivian project, where a study on spillover effects found that, during the life of the project, more than 1,000 jobs were created related to the alliances in the dairy sector, particularly in the area of advisory services. Unfortunately, there is little information about how those jobs have evolved after project closure.

Job creation is a major global challenge that will demand new approaches. Results so far indicate that productive alliances could be part of the solution — it is a powerful approach to boosting employment in the agriculture and food sectors.

Originally posted at The Word Bank