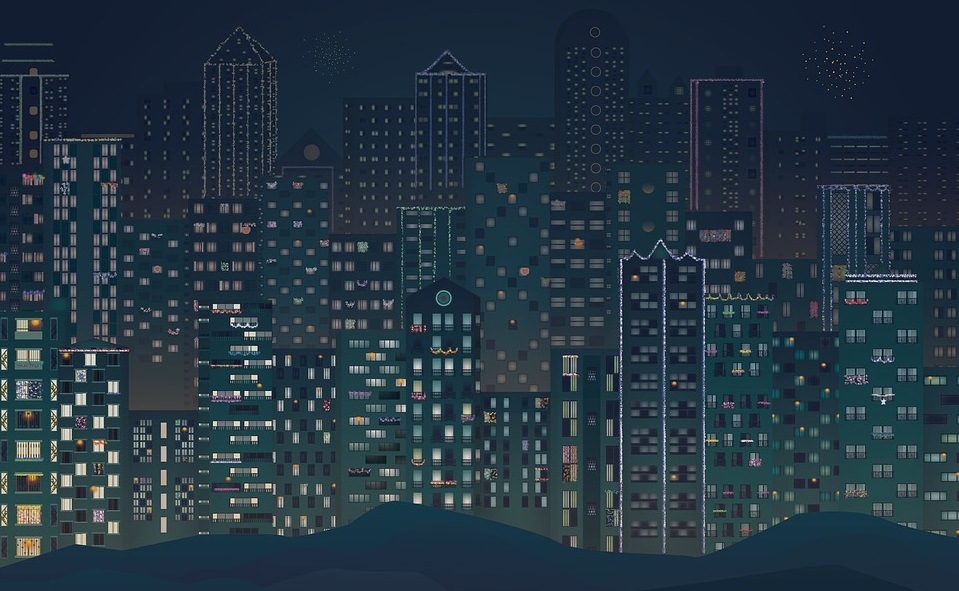 Cities like Mumbai get inundated regularly due to administrative apathy, not climate change. 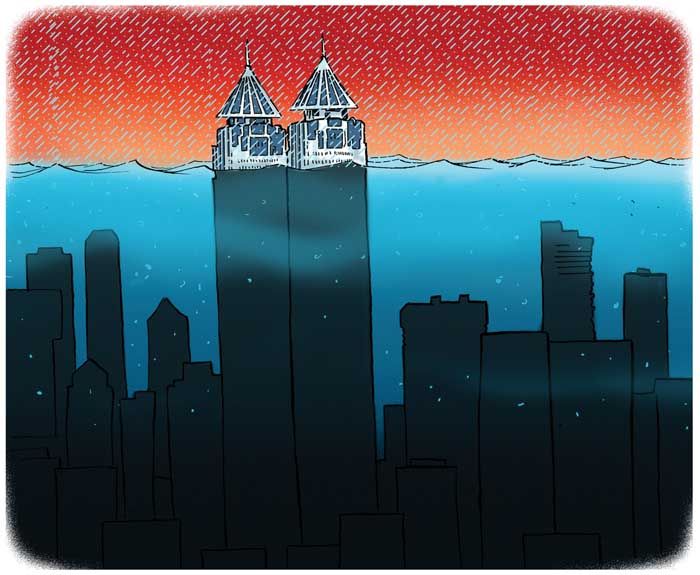 While tropical storm Harvey in Texas has grabbed more international attention, flooding in South Asia has been quite severe: already a thousand people have died. This year, among the main sufferers of this regular annual event have been the residents of Mumbai, India’s financial capital. On Tuesday, roads were jammed with residents wading through knee-deep water. Over 30 lakh commuters were affected by delayed local train services as train lines lay inundated. Overcrowded and flooded government hospitals are now facing the risk of spreading infections, exposing citizens to a public health crisis.

Residents were reminded of the 2005 flood that left the city in a similar state of paralysis. Over a thousand people lost their lives and essential infrastructure, including airports, local trains, power and telecommunication systems were all shut down. Sadly, no real lessons have been learnt.

For most part of the monsoon season this year, a significant part of India has been submerged in flood waters. Incessant rains in Gujarat, Assam, Arunachal Pradesh, Bengal, Odisha and Bihar have triggered floods leading often to emergency situations. Most politicians, including Prime Minister Narendra Modi, have conveniently blamed climate change for floods that have impacted millions of people, paralysed local economies and caused deaths and serious economic upheavals.

India is one of the world’s most flood-prone countries with 113 million people exposed to floods. According to a UN report India’s average annual economic loss due to disasters is estimated to be $9.8 billion, out of which more than $7 billion loss is due to floods. Flooding in urban areas is a particularly challenging problem. Similar to the havoc in Mumbai, several such events have occurred in some of the major cities such as Kolkata, Chennai, Delhi, Gurugram and Bengaluru during the past decade.

Urban ecosystems comprising marshlands, wetlands, lakes and rivers which could attenuate floods have steadily deteriorated. Encroachment and illegal construction in flood-prone areas and indiscriminate destruction of green areas have steadily reduced the resilience of cities to withstand serious flooding.

Consider Bengaluru. Once a city of 2,500 lakes, it boasted an efficient storm water drainage system of interconnected lakes. If one lake overflowed water would automatically flow to another lake. With increasing encroachment and solid wastes blocking the channels, floodwater cannot flow to the next water body, resulting in frequent inundations.

Non-functional land use planning has impacted water bodies and drainage system in other major cities like Hyderabad, which has reported extinction of 375 lakes, and Delhi, where 274 of 611 water bodies have dried up due to neglect and exploitation. Gurugram, a lowland area, has emerged as one of India’s most important industrial hubs. Many of its residential areas are still not connected to any drainage system. Thus, it is not surprising that roads in Gurugram are severely water-logged each monsoon season resulting in traffic snarls lasting up to 20 hours.

Proactive actions from municipal governments are essential to address the negative impacts of urban floods. Without strict adherence to land-use planning and construction laws, it is impossible for any city to manage its growing pressures and adequately plan its infrastructure. Not a single Indian city has a drainage system that can promptly evacuate intense monsoon rainfalls that occur over short time periods. Even these inadequate systems are never properly maintained.

In the case of Mumbai, the Brihanmumbai Municipal Corporation (BMC) spent only close to 10% of its designated funds on civil infrastructure last year. Despite a budget of Rs 12,000 crore specifically allocated for development projects on roads, storm water drainage and water works, BMC did not take any initiatives to upgrade the infrastructure facilities. A report in this newspaper revealed that a large part of the BMC money amounting to Rs 61,000 crore lies in fixed deposits.

Even the funds that are used address immediate civic pressures rather than plan for long-term infrastructure creation. A similar situation exists in other major cities where the municipal corporations inflate their budgets but fail to carry out any significant developmental work.

Floods represent a major paradox. Nearly all Indian towns and cities are water-scarce in dry seasons and prone to severe flooding during monsoons. Cities like Delhi, which witness floods every monsoon, are also some of the most water-stressed in the world. This is a serious indictment of the poor state of India’s water management.

Flood waters in urban areas should be stored for use during non-monsoon seasons, both in terms of groundwater and surface storage. This is essential if expanding Indian cities are to have year-round water security and control floods. These are controllable with proper planning including functional drainage systems, storing excess of floodwater for use in dry seasons and coordinated water and land use planning. Singapore, another monsoon country, has for the most part solved urban drainage and water security problems by installing a proper and functional drainage system and then collecting all rainwater for urban use.

It is high time Indian politicians stopped blaming urban flooding on climate change and started planning for secure urban futures. As Shakespeare said “The fault, dear Brutus, is not in our stars but in ourselves, that we are underlings.”

Source: The Times of India