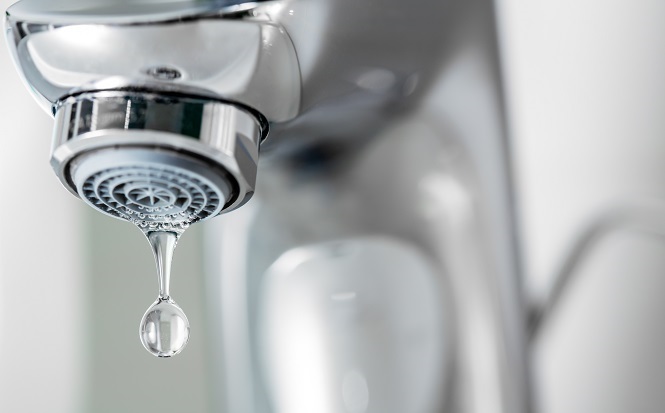 The term "Toilet to Tap" is used to describe the innovative process of treating and recycling sewage. This article argues that the name does water recycling and reuse a grave disservice and should not be used by industry professionals.

In the United States the term  “Toilet to Tap”  is used to describe the innovative process of treating and recycling sewage. In the last few weeks, a number of news stories have been circulating about recent victories for the “toilet to tap” movement.

The reporting has focused on a few communities that have finally approved direct or indirect potable water reuse as a means of addressing their drought induced water shortage challenges.

Water industry professionals should be excited that communities across America are coming to recognize that water reuse can be safe and effective. However, a situation in which only a handful of cities have approved water reuse, in a nation where there are hundreds, maybe even thousands of communities that could benefit from the practice should beg the question why more people aren't coming around to the practice?

If the water industry is so confident (and rightly so) that the technology for assuring high quality reuse water is available, why is there still wide scale resistance to its acceptance? If countries like Singapore, Israel, Namibia, and Australia have been implementing water reuse and water recycling projects safely for decades, what is the reason for the reluctance of US water users to embrace the practice?

In my view, there are five (5) major reasons why US consumers are resistant to water reuse - and at the root of each of those reasons is the gag-inducing   phrase “Toilet to Tap”

Imagine being offered three glasses of water to pick from. One is labeled “toilet to tap,” the second is labeled “Recycled Water” while the third is called “NEWater.” Which would you pick?

Behavioral science and consumer psychology suggest that more than likely, you would pick “NEWater” and possibly “Recycled water.” But almost certainly not “Toilet to Tap”.

Words evoke images, and as humans we create associations in our mind. Combine the words “Toilet” and “Tap” and what you will get is not an image of a pristine spring in the Himalayas, or of the crystal clear waters of Lake Tahoe in Nevada. You’ll literally visualize a Tap sitting atop a Toilet Bowl!

Reason 2: Don’t Embrace the Name Your Opponents Created to Stop You!

In the early 1990s, Los Angeles commissioned the East Valley Water Reclamation Project. The goal was to treat water at the Van Nuys Water Reclamation Plant and then send it to spreading fields from which it would filter slowly back into an underground reservoir. It would have been one of the earliest Indirect Potable Reuse programs in the United States. When the initiative was to be rolled out in 2000 after its completion, it ran into a wall of opposition. Former political supporters bailed on the project in the face of strong opposition by citizen groups.

One of the most effective opposition campaigns to the water reclamation project was mounted by the Encino Homeowners Association, whose President at the time, Gerald Silver, was credited with tagging the concept “Toilet to Tap.”

Los Angeles scrapped the project and only recently, in the face of a prolonged debilitating drought, has the issue of water reuse been reopened again – almost 2 decades later.

The water industry has learned many lessons from the Los Angeles case. The lessons include 1) the fact that water reuse is as political as it is technical, 2) the need to understand that ideas have to be sold to the public, no matter now self-evident their logic might seem, and 3) water utilities must learn to adopt marketing tools in order to get their message across to their consumers.

However, as an industry we do not seem to have learned the single most important lesson that the Los Angeles affair taught us: Whoever sets the Narrative, wins the war.

If we aim to keep making strides with the cause of water reuse, we must take back the narrative and stop calling water reuse and recycling by a name that was given to it by its worst and most effective opponents.

If what your opponents call your product can sink its adoption, then what you choose to call it yourself, can either help or hurt your cause.

If your bottle of soda was named “Tastes like Urine” would you drink it? If your waiter came to you with a glass of wine and said “here is your glass of fermented, foot mashed grapes” how enthused would you be about putting it to your lips? I wouldn’t touch any such terribly misnamed products with a 10 foot pole!

Why then are we surprised that no one is interested in drinking “Toilet to Tap” water?

Shakespeare might have claimed that “a rose by any other name would smell as sweet”, but he too would probably have expressed a preference for “NEWater” over “Toilet to Tap” water.

The Singapore Public Utilities Board (PUB) set up a marketing offensive, unmatched in its scale and scope to anything ever seen in the water industry. They called the product NEWater, and termed the water treatment plants working on water reuse as NEWater Factories. They have a mascot called Water Wally that is one of the most known characters on the island, and they have a popular web and TV series that educates citizens on water reuse and recycling, called the Adventures of Water Wally.

Reason 4: It Misrepresents the Quality of the Recycled Water Product

Beyond the issue of marketing and consumer psychology is the simple matter of information accuracy. The tag line “Toilet to Tap” gives the impression that the water in question has found its way directly and literally from the toilet to the tap. That is the image conjured in the minds of consumers.

The average person has no idea where their water comes from. Most people cannot even tell what happens to the water when they flush their toilets or take their bath and showers. The public relies on the names of products to help provide some sense for the value of a product. There is a reason why consumer goods companies like Coca Cola, Pepsi, Nestle, and other firms who have been in the business of branding for decades call their water products by fanciful names like  Dasani, Aquafina, Smart Water, Artesian Springs  and the likes – even though in many instances, their products are merely filtered tap water.

The reality is that direct or indirect potable reuse water is cleaner than the water in most lakes, ground water wells, rivers and streams.

Yes – you read that right!

What is called “Toilet to Tap” water is so clean, it might as well be called “cleaner than the lake” or “beats groundwater in quality.” Those statements would be true in most, if not every instance.

The more we use terms that misrepresent our product, the less likely it is that we are winning support to an issue that is critical to the future of our industry and essential to the world’s ability to safeguard water resources.

Reason 5: It does not build on the progress made in the (solid waste) recycling revolution

If anyone had suggested just 30 years ago that the day would come, when consumers would actually be willing to sort their own waste to separate out recyclable products (by type), and even pay a premium for purchasing recycled materials, most people would have called such a notion crazy!

Well, recycling rules now! There are recycling bins in many homes and public spaces. And in many instances, we, the consumers, spend our time and resources, sorting waste into categories.

It wasn’t an easy fight – but slowly and surely, the battle for solid waste recycling can now be declared over. Recycling won, period!

Even businesses have embraced the recycling bug, and companies from Dell to Nike and from McDonalds to Starbucks are incorporating recycled materials into their products.

Take coffee for instance. Many chains are using recycled cups to serve the coffee in. yet, no one looks at a recycled coffee cup and thinks to themselves that this cup must have been in a waste pile or rubbish bag sometime before it made it into their hands.

They don't wonder about who might have used the product that they now have their drink in. They know those issues are not important because they are certain that whatever that recycled cup was in its previous life, it must have gone through an immensely hygienic, sanitary, repurposing, recycling process that has made it safe to use.

Our solid waste colleagues have fought their fight and won. They don’t call what they do “Landfill to Table” – no, no, no!! It’s simply called “Recycling.”

Let’s leverage their efforts for our current struggles. Consumers understand what recycling means. We may find that there is much to be gained by simply using a term that folks understand and are comfortable with like “Water Recycling.”

Where do we go from here? There will certainly continue to be debates about what role recycled water will play in our future, and what we should call it (reuse, recycle, reclaim, re-Sourced, repurposed, etc.). We might have disagreements about the additional treatment steps that are needed to eliminate concerns about residual pharmaceutical and personal care products.

There should, however, be absolutely no debate about what we should not call water that is cleaned to advanced tertiary treatment levels that are fit to drink. “Toilet to Tap” should be excised from our vocabulary as water professionals. We should know better.