Where Did the Water Go? 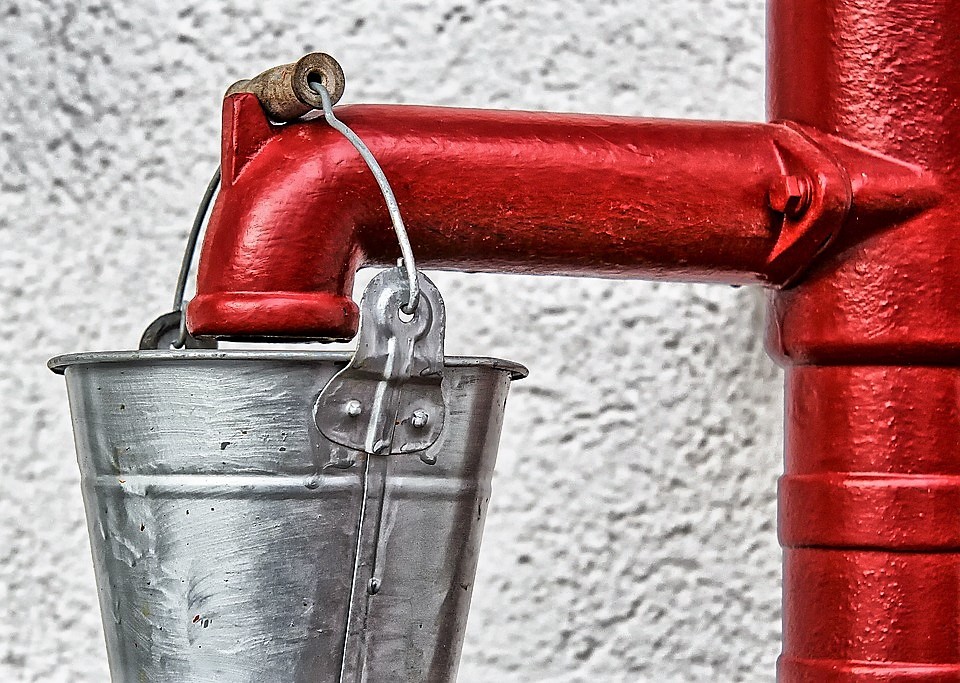 Climate change is one of the most important topics in the world today. The very existence of life on earth is in jeopardy due to increase in global warming. This has largely been the result of anthropogenic interference with the natural systems of the planet. It has come to the point that scientist are now calling this the Anthropocene (human) Epoch because we have, irrevocably in some cases, altered nature by causing mass extinctions, polluting oceans and damaging the atmosphere. The last one is the primary cause of global climate change.

A changing climate together with unsustainable management of ecosystems is likely to impact both people and nature. These impacts can be environmental (degradation, conversion, effects of increasingly frequent and severe events such as floods and droughts, and ecological changes), social (loss of adaptive capacities, knowledge and institutions; inability to manage for the scale and scope of changes; and loss of livelihood options and resilience), or economic (globalization, trade, markets). In addition, the crisis is likely to impact different groups differently. Natural disasters also tend to worsen the conditions faced by different groups especially the vulnerable and marginalized.

Over the past decade or so, various natural disasters have manifested around the globe and these have included extensive and intensive floods, extreme weather phenomenon, droughts, fires etc. And just last week this has led a group of scientists to move the Doomsday Clock 30 seconds closer to midnight – the symbolic point of humanity’s annihilation based on the probability of global catastrophe.

The Clock might very well be symbolic but the catastrophes it points to are very real. In the last week of January, the River Seine in Paris peaked to about 4 meters above its normal level for the time of year, due to weeks of excessive rainfall. Paris suffered from floods, with around 1500 people evacuated from their homes and almost the same number of homes without electricity. Railway lines have been out of service and expressways abutting the Seine have been closed. This happened in a major city in a developed country. We do not need to stretch our imagination to consider what would (and has) happened in countries like Pakistan.

While a considerable part of Pakistan has been affected by devastating floods and continues to be threatened by them, they are not the only problem we can face. Drought is also a major concern and an example of what the country can face was seen in South Africa. On January 15, 2018, it was reported that 3 years of unprecedented drought has resulted in Cape Town having less than 90 days of water in its reservoirs. This means that Cape Town is well on its way to be the first country in the world to run out of water. It was reported that city authorities have taken the decision to turn off municipal water supplies for all but essential services, such as hospitals, once dams reach 13.5% of capacity. On January 26, residents were told to turn off toilet taps and to shower only twice a week to avoid the supply being cut off.

Pakistan has experienced droughts before but now their intensity is likely to increase. Even though it has many glaciers and river systems, two thirds of the country is in the semi-arid and arid zone, characterized with low rainfall. This, together with melting glaciers, drying rivers and unsustainable water management and harvesting practices means that many cities – such as Karachi – are likely to face the same fate as Cape Town. In Karachi, the situation is already reaching drastic levels. Water is already a scarce and precious commodity, not only for the poor but also for the affluent. Water mafias are the new gangs that rule the city, and while the better off sections of society can purchase water, those dependent on municipal supplies are perhaps already doing what the government of Cape Town is asking its citizens to do.

In 1951 per capita water availability – as per the Water and Power Development Authority (Wapda) was 5,650 cubic meters. In 2010, this figure had shrunk to 1,000 cubic meters and is expected to fall to 800 cubic meters in 2025 (that’s just seven years from now), when the country’s population increases to 221 million. It is reported that groundwater levels are already falling by a meter a year.

This growing water deficit is fast pushing Pakistan towards water poverty in the coming decades – a severe challenge for the government and policy makers. Without a sustainable and holistic water strategy and effective policy making a lot more cities and towns in the country will suffer the same fate as Cape Town. Perhaps even worse.