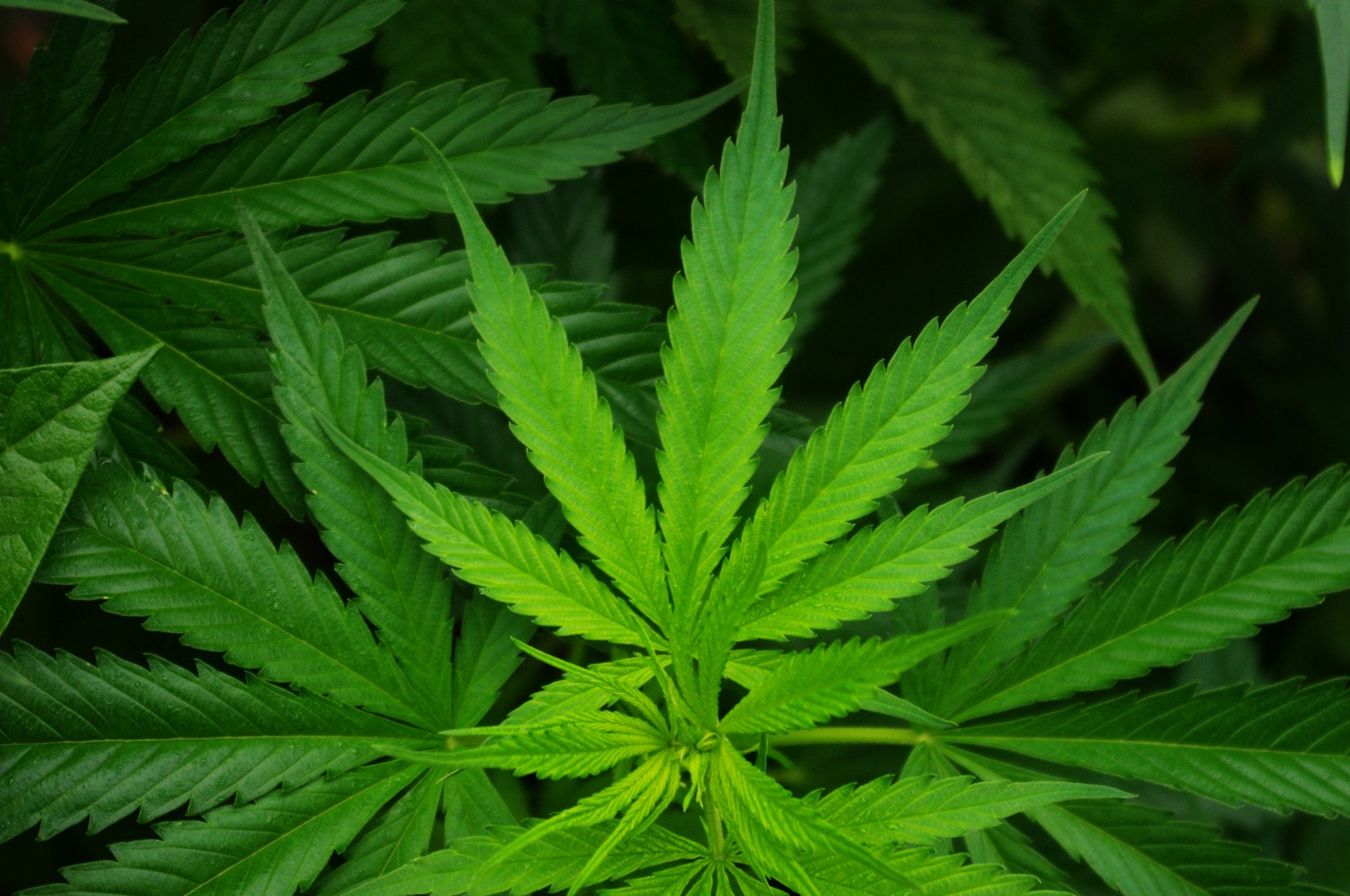 For years, I’ve been standing on my deck in San Francisco, looking south to Silicon Valley for innovation in water efficiency. But I’m starting to realize that I might have been gazing in the wrong direction. 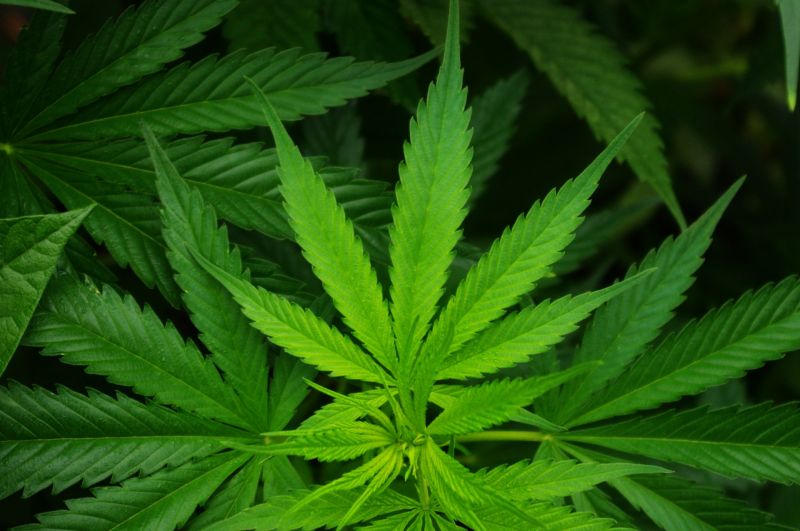 Maybe I need to turn around and look north, over the spires of the Golden Gate Bridge, toward the Emerald Triangle in Humboldt, Mendocino and Trinity counties, the hotbed of California’s newly legalized commercial cannabis production.

Of course, though California voters legalized recreational marijuana—and its production—last year, many growers in the Emerald Triangle and other parts of the state are not rank beginners. Eager to build their reputations for quality and just as anxious to maximize yields of a crop that’s sold by the gram, cannabis cultivators have been among the most driven and exacting farmers in agriculture.

So now we have highly motivated growers, under regulatory scrutiny, in a state that’s been gripped in an epic drought for the past six years. If you ask me, those are the people who will be leading agriculture toward sustainable water management.

Now that it’s emerging from the shadows, California cannabis is likely to be recognized as the state’s top-valued crop, which is no surprise, especially as experts believe 60 to 70 percent of the pot sold in America comes from the Golden State. The Christian Science Monitor cites a value of $11 to $17 billion per year for the California cannabis crop. Compare that to the state’s next-ranked commodity, milk and cheese, at $6.7 billion.

Indoor cannabis grows yield an average value of $112 per square foot, according to a report on indoor farming by Agrilyst, well ahead of greens ($64 per square foot) and strawberries ($22). In fact, Agrilyst calculated indoor cannabis production to be 9,000 times more productive on a dollar basis than commercial corn production.

And even outdoors, pot is a smokin’ deal. The Denver University Law Review calculated a return of 22 cents to $6.67 per gallon of water from cannabis grown in Colorado, compared to 2 to 3 cents per gallon ROI from potatoes, another of the state’s major crops.

The first step toward sustainable water management in cannabis, or any crop, is in limiting the demand side of the equation. Some cannabis growers in the Emerald Triangle have generated controversy by withdrawing water from streams and rivers to supply illegal grows on government land, and sending polluted water and sediment from poorly built roads back into the creeks.

But those farmers now fall under state law, whether it’s a requirement to prove a legal water right or to comply with groundwater pumping rules like the Sustainable Groundwater Management Act (whose high-risk groundwater management areas are outside the Emerald Triangle, at least for now) and other use restrictions like those detailed in California SB 837.

In fact, Matt Weiser of Water Deeply anticipates that half of the state’s estimated 50,000 cannabis growers will have to prove their water rights and build water storage that will allow them to gather water during the winter to draw on in summer instead of tapping limited surface water flows.

Stored water is going to be especially vital farther south. Cannabis may be included in California’s agriculture reports from here on out, but pot growers won’t have access to federal water supplies, like the Central Valley Project water that sustains billions of dollars’ worth of other crops in the state’s salad bowl.

Because marijuana is still outlawed by the federal government, which owns 48% of California’s land mass and controls the large majority of its irrigation supplies, federal agencies are keeping pot growers at arm’s length.

Notably, the Bureau of Reclamation—which built and operates the Central Valley Project—won’t supply cannabis growers, even though they’re permitted by the state.

Don’t expect different from the U.S. Army Corps of Engineers or the U.S. Department of Agriculture. When it comes to water—or technical support for water conservation efforts—cannabis growers may be left high and dry.

That creates a great vacuum that can be filled by water industry experts and farming consultants, by the way. Forward-thinking suppliers of water technology could be to today’s “Green Rush” what mining equipment suppliers like Levi Strauss were to the Gold Rush in the mid-1800s.

One of those experts is Richard Restuccia, Vice President of Landscape Solutions for Jain Irrigation. Here’s what Richard said about the cannabis growers—mostly indoor cultivators—who are contacting him daily for the latest in drip irrigation technology:

“This is a group that’s more interested in quality and sustainability than we’ve seen before. The indoor growers that I speak with have a ton of knowledge of what they’re doing. More important, they have a lot of knowledge and interest in doing irrigation the right way. They are managing this scientifically. They’re trying to perform at a very high level—they’re shooting for a crop a month, where they usually get a crop in three or four months. They have a thirst for knowledge and information that I have never seen.”

As growers scramble for data, debates rage over how much water cannabis production actually consumes. Scott Bauer of the California Department of Fish and Wildlife published a widely cited estimate of 6 gallons per plant per day, about twice as much as a winegrape vine.

NORML, a marijuana advocacy group, prefers figures closer to 2.6 gallons per plant per day. Cannabis grower groups and the Small Farmer Association are pushing growers toward goals of 0.5 to 1 gallon per plant per day. Now  that’s efficiency.

Careful management will be a key tool in achieving those efficiency water targets, as well as targets for managing crop nutrients. We’ll see fertilizers managed in minute detail in an effort to optimize yields, reduce costs and reduce pollution in discharged water.

Cannabis cultivators, using those sophisticated tools, rival even the best vegetable growers when it comes to knowing exactly how much nutrient their crops are utilizing.

Nutrient delivery tools will also be vital as cannabis growers are scrutinized by regulatory officials. Regional water quality control boards and other environmental agencies will demand best management practices and detailed production records from cannabis growers, just as they do from dairy producers or other farmers. And marijuana producers have the resources to invest in systems that don’t only meter nutrients—whether they’re delivered as commercial fertilizer solutions or compost tea—but also record the amounts applied to the crop.

We’ve talked about cultivators who have access to surface water or municipal supplies. But many growers will be drawing from wells. They’ll have ample reason to manage their water carefully—not just to avoid waste or high pumping costs, but to remove well water contaminants like salts and metals that can reduce yields. Where growers buy water from municipal utilities, costs are high enough to make conservation economically important.

Wastewater treatment is equally important, no matter the source of the irrigation supplies. For decades, California rice growers have managed tailwater on their fields to improve the quality of water they discharge into drainage ditches.

Dairy farms, nurseries and food processors across the state have developed zero-discharge loops and innovative effluent treatment systems to protect the environment. Now, like those operators, cannabis growers will need to ensure that the water leaving their operations is not contributing nutrients, pesticides, or biochemical or chemical oxygen demand (BOD or COD) to the environment. The salmon-bearing streams of the Emerald Triangle are being watched carefully, and the newly legal farms in the region will be watched, too.

In municipal districts, expect cannabis grows to come under fire if high levels of pesticides, strong swings in pH, or other pollutants impact local wastewater treatment plants. The marijuana cultivators will be joining the ranks of wineries and other industrial water dischargers in pre-treating water before it enters municipal sewers. And that’s good for everyone.

Ultimately, the budding legal cannabis industry will be asked to do what a growing number of water-intensive businesses are doing—seeing themselves as little ecosystems within a larger ecosystem. The industrial watershed is a concept I wrote about in World Water a few years ago. It’s valid for milk plants and vegetable canneries, and equally valid for cannabis farms.

California’s riparian law has been a quagmire for well over a century, water is scarce in much of the state, and the region is blessed with an environment that inspires people to safeguard its health. The old adage that “whiskey’s for drinkin’; water’s for fightin’ over” has been applied countless times to water law in the state and across the West, especially when drought, competing demands, and scrutiny of the environmental impacts of agriculture threaten to spark new water wars. It’s ironic that whiskey drinkers spoiling for a fight may be nudged aside by cannabis growers demonstrating what agriculture can do with the remarkable water management tools at its disposal.