Why Do We ​Have To Manage ​Rainwater? ​ 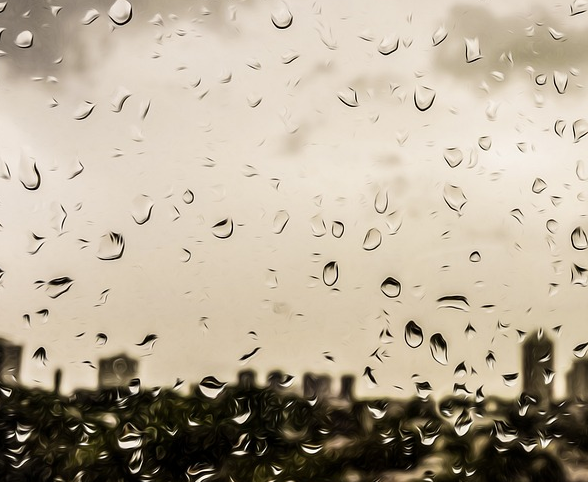 The quality of our life depends on how we manage our precious rainwater. In particular, effective water management reduces the damage from natural disasters and is especially useful in flood control.

Things are continually changing, and it is harder for us to predict climate change. We suffer from floods, drought, and water pollution. What is the reason for these problems, and how can we deal with them? How can we maintain a sustainable life without worrying about frequent natural disasters? What is the effect of using rainwater? In this article, I would like to talk about why we should care about rainwater.

Several reasons why we should manage rainwater

The quality of our life depends on how we manage our precious rainwater. In particular, effective water management reduces the damage from natural disasters.

The flood problem in Korea is serious. Through the media or personal experiences, you may have seen avalanches destroying roads and submerging villages. The mountainous regions of Gangwon-do are always the main victims of heavy rain. Likewise, localized heavy rain in special areas is called a guerrilla downpour. The origin of this name comes from guerrilla strategies, which cause a great deal of damage in a short period of time with just a few troops. Across all ages, guerrilla war damages its opponent. Since it causes huge damage by attacking from the rear, even a small number of people will win a victory.

Although the government spends a great deal of its budget on avoiding the damage caused by heavy rain, people are still facing flood damages without fundamental solutions. Like any annual event, the government just counts flood damages and compensates for loss, and people repeatedly raise funds.

Meanwhile, cities are also not an exception to the flood damage. Why? The downtown areas, which contain so many people, are covered in concrete buildings and paved roads. It is hard to find a blade of grass or a handful of dirt in the cities of Korea. Because of this problem, we face flood damage every summer. When there is heavy rain, the rainwater can’t permeate through the paved roads, and the unmanageable amount of rainwater overflows and brings us flood damage.

To avoid flood damage, we have relied on huge dams or rainwater pump stations. However, a dam filled with so much water cannot play its role any more.

Rather, when there is heavy rain, water should be dumped out of the dam. People downstream are badly damaged, and rainwater pump stations cause more damage with further large amounts of water. Then, what would be the most effective method of dealing with floods?

Another reason for rainwater management is drought. In 2001, we suffered from severe drought, a 1 in 100-year event. Due to drought, people in rural areas experienced difficulties in farming and people on the islands or around the coast couldn’t get water to drink. In the summer of 2008, it rarely rained and this came together with the drought of autumn.

In consequence, the volume of water in reservoirs decreased drastically, and thus the water quality management of the sources of drinking water in the lower regions of the river, such as Pusan and Kyungnam, suffered predicaments in the dry seasons. The islands and mountain regions in particular should have restricted water supply. According to experts, droughts in our country will become more serious. What is the most useful way to reduce the damage from floods?

Another reason for handling rainwater is because streams are drying up. This problem occurs less often in rural areas, but every urban stream is becoming dry. The Dorim stream in Kwanak-gu has almost no water except for in the rainy season, and other regions are in a similar situation.

Even rivers with abundant water also have another problem, water pollution. One of the reasons for the polluted rivers is pollutants that are washed from the roads or land when it rains, which are called non- point source pollution. Another cause for this problem is CSOs (Combined Sewer Overflows). These let rainwater flows mix with polluted water when wastewater runs out of a drainpipe.

As we have seen so far, when we think of flood, drought, rivers that dry out, and water pollution, the reason and the need for rainwater management is obvious. From now on, let’s find out how we can solve these problems using rainwater.