Why Smart City Initiatives Must Go Beyond Just Technology 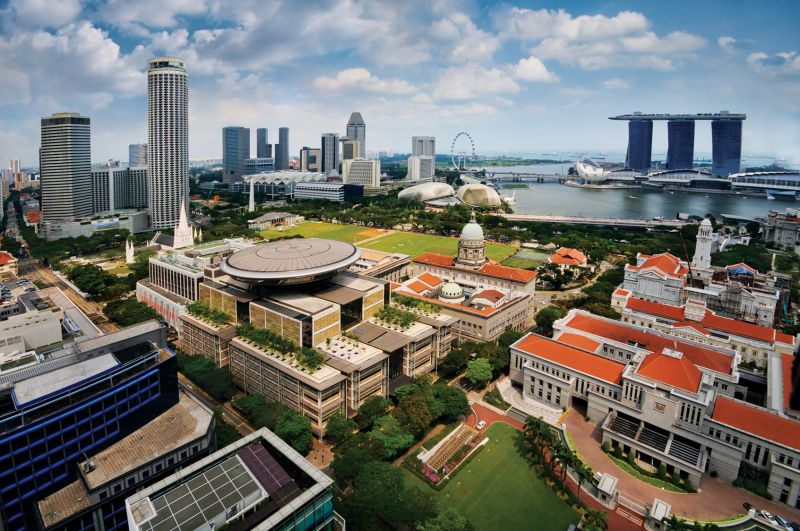 As countries around the world seek innovative solutions to urban challenges, Cecilia Tortajada and Cheryl Wong take a look at Singapore’s efforts to build a sustainable city through public engagement. 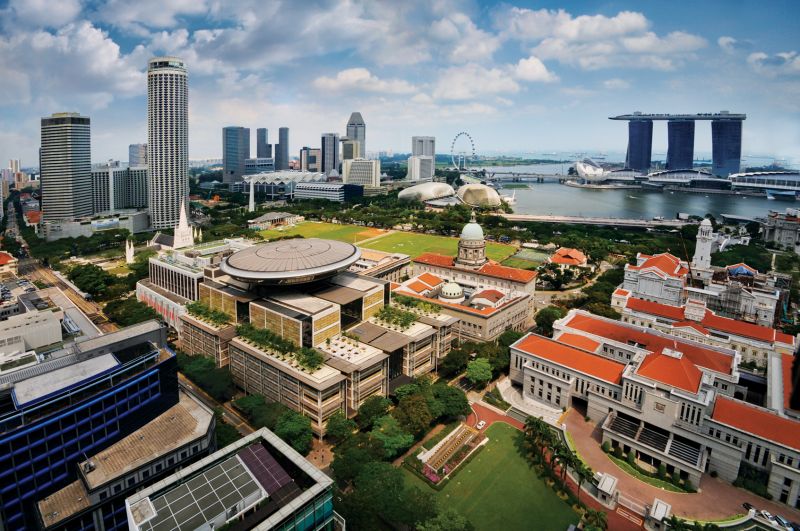 According to the United Nations, more than 3.9 billion people, or 54 per cent of the global population, live in urban areas. The most urbanised regions include Northern America (82 per cent), Latin America and the Caribbean (80 per cent), and Europe (73 per cent). Africa and Asia, in general, are mostly rural, with 40 and 48 per cent of their populations respectively in urban areas.

Different cities have adopted different initiatives to become more liveable or to become “smart”. In all cases, smart cities require robust policies, infrastructure development, digital technology and, most importantly, the engagement, views and ideas of the 3Ps: people, the private sector, and the public sector.

In the United States, the Smart Cities initiative announced by the White House in 2015 focuses on issues such as improving safety, energy, climate preparedness, health, fostering economic growth, and research infrastructure.

The European Union is investing in information and communication technology (ICT) research and innovation and is developing policies to make cities more sustainable and improve the quality of life of the population, mainly with the aim of achieving targets on climate and energy.

In China, the national pilot Smart Cities was first announced in 2013. By the end of the same year, 311 cities had engaged in smart city development. In the case of India, the Central Government has set a plan to build 100 smart cities across the country and to create industrial corridors between the metropolitan cities. In Australia, the Smart City Plan was launched more recently at the end of in 2016.

In Singapore, the Government has put forward the Smart Nation initiative and the Sustainable Singapore Blue Print 2015, both aiming to improve human and natural environments. Their common goal is to find innovative solutions for the continued improvement of society and for the creation of more economic opportunities. Both visions incorporate the use of networks, data, and information and communication technology to achieve their sustainability goals.

As part of the Smart Nation initiative to improve environmental sustainability, several proposals have been put forward. These include suggestions for self-driving technologies to improve the efficiency of public transportation, multi-purpose utility vehicles to increase street cleaning and garbage collection, the development of lighting systems that respond to weather changes, and smart shower devices.

Given the importance of this collective endeavour, the Singapore Government will need the active collaboration of society if it is to succeed in the long-term. The first step to achieving this collaboration is for the government to understand the needs and the views of the population via public consultation processes.

The Singapore Government has already begun this task. Consultation so far has included: the Sustainable Singapore Blue Print taking into account views of more than 130,000 people for the Urban Redevelopment Authority Master Plan 2014; focus group discussion participants and survey respondents for the Land Transport Master Plan 2013; Building and Construction Authority Green Building Exhibitions 2012-2014; participants in on-site surveys for the Housing and Development Board Public Exhibition “Future Homes, Better Lives” in 2013; and participants and industry consultation sessions for the Building and Construction Authority 3rd Green Building Master Plan 2013-2014. All have contributed to shape this initiative and give momentum to the project.

As for the Smart Nation initiative, feedback was obtained from the public through several smart projects. For example, the Municipal Services Office and the National Environmental Agency have each developed a mobile application to provide members of the public a convenient platform to report on municipal and environmental issues. Another project involved the trialling of Smart Home technologies at the Yuhua estate, where feedback was used to establish the viability and suitability of Smart Home technologies before they were used in other Housing and Development Board estates.

In the water sector, the National University of Singapore and the Public Utilities Board (PUB), Singapore’s National Water Agency, conducted a behavioural study on the use of smart shower devices to encourage water conservation. Findings indicated that the use of smart shower devices that provided real-time information on water consumption during showers resulted in savings of 5 litres per person per day. Building on these results, PUB will install these smart devices in some 10,000 new homes over the next few years under a demonstration project called the ´Smart Shower Programme´, in order to validate the effect of such devices in conserving water during showers.

Another endeavour, and one which is seeking international collaboration with private sector groups from different parts of the world is the biennial Singapore International Water Week (SIWW) organised by PUB. With a focus on comprehensive water management, infrastructure development, water quality, and recycling of used water, this event has leveraged Singapore’s position as a global business hub and a marketplace for green solutions.

Singapore is known internationally for promoting innovation. Yet looking towards the future, there are experiences abroad that the city-state could learn from, especially in the non-technological aspects of the smart initiatives. Amsterdam has analysed 12 smart city projects to draw lessons and make future projects more effective. It has focused on these more complex aspects: collaboration among organisations with different agendas, the challenges that have been faced, the type of values that have been created, how are the risks and returns are shared, how are the users are involved, and how can smart city projects can be managed professionally.

For other European cities such as Barcelona, Bologna, Eindhoven, Gothenburg, Lisbon, Manchester, Rijeka, Stockholm, Tampere and Vienna, lessons learnt have been in the areas of achieving targets, addressing mobility problems, working on urban regeneration and related social benefits, and engaging the population. Overall, the objective is to grow opportunities from all viewpoints. This is an objective that is shared by Singapore.

For the city-state, natural resource constraints require more than just smart innovations – they also require societal engagement. A sustainable city is not one that relies on smart technology alone, but also on societies being more responsive. Encouraging more engagement from the public, and encouraging the public to be more proactive on resource conservation, are essential for the success of any smart city effort. As Singapore looks to the future, understanding and engaging society will be crucial in times of change.