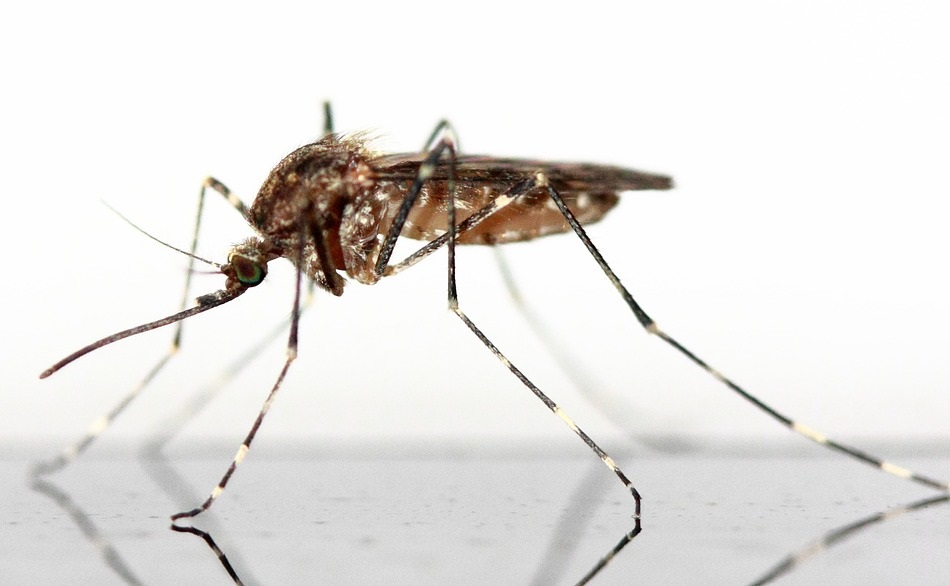 Around 60-75% of emerging infectious diseases are defined as ‘zoonotic illnesses’ where animal diseases affect people. The term ‘zoonotic’ is used to identify those diseases that are transmitted between humans and animals.

Changes in climate and the use of land have implicated in the rise of zoonotic disease incidence in humans.

Historically, New Zealand has a high incidence of enteric zoonotic diseases as reported for developed countries and the number of cases has increased annually. The disease constitutes about 80% of the total notified illnesses in New Zealand. The most significant microorganisms causing zoonotic diseases are the bacteria Campylobacter spp., some strains of E. coli, Salmonella spp., Listeria spp., and the protozoa Giardia and Cryptosporidium.

Zoonotic pathogens are widely distributed in the aquatic and terrestrial environments, but much of the biology of these organisms and their mechanisms by which they spread the disease are still relatively poorly understood. 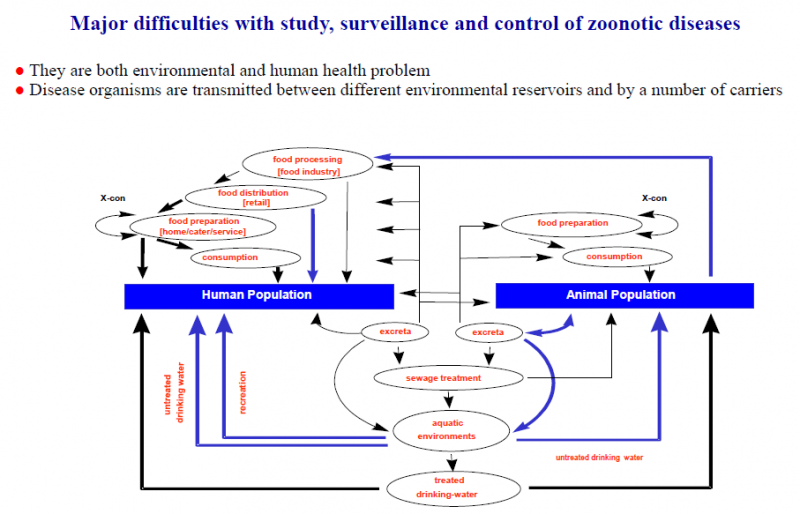 The status of the gastroenteritis research by 2000

By early 2000's, research analysis provided sufficient evidence to indicate, that costs of enteric zoonotic disease for the New Zealand economy were significant and could be as high as around $212 million dollars a year for food-borne illnesses only, which is equivalent to 0.2% of GDP (Australian NZ Food Authority 1999). The numbers of cases were increasing each year, and gastroenteritis was becoming a very important health and agricultural problem in the country - with an economic impact of about $560 million/year, which is equivalent of 1% of GDP (data from the year 2000).

By early 2000’s, advances in enteric disease management have been hampered by the lack of collaboration by the funding providers (government and industrial sector). Zoonoses research in the country has failed to build an integrated multi-disciplinary portfolio. There was no coordination in the planning of publicly funded research into gastroenteritis.

Programmes by some government departments on this topic have shown, that zoonotic pathogens were widely distributed in the aquatic and terrestrial environments, but have thrown no light on the ecology of these pathogens.

There was a strong need to substantially increase strategic research on the biology, genetics and behaviour of these disease-causing microorganisms in the New Zealand environment, and into strategies to interrupt their breakout into the environment, and to reduce the incidence of enteric zoonoses in New Zealand.

The major difficulty dealing with zoonotic diseases, is that they are both an environmental and a human health problem – the disease organisms are transmitted between different environmental reservoirs and by a number of carriers. Control of zoonotic disease requires input from a wide range of organisations: central, regional and local government, agricultural and food industries, and research community.

It was strongly believed therefore, that control of the problem required a coordinated effort, spanning several government agencies and cross-sectoral studies, including a number of different scientific disciplines. Research into this topic is difficult to coordinate, because it cuts across the boundaries of a number of government agencies and also involves integration of work produced by a wide variety of scientific disciplines. For this reason, it was agreed to establish a steering committee with members drown from central and local government agencies, agriculture and food industries and research groups - to assemble the necessary funding and to coordinate the activities of various stakeholders.

As a result of the above-mentioned, a Joint Inter-agency Enteric Zoonotic Disease Research Coordination Programme in New Zealand was initiated launched after an initial meeting in May 2000, which was organised by the Ministry of Health. The Programme was thereafter implemented during 2000-2010. A Steering Committee was formed to assist with this coordination. Methodology and Risk Management sub-committees were also set up.

The mission of the Programme was to reduce the disease burden of enteric zoonoses in New Zealand.

Government ministries, several funding agencies, research groups, regional councils and industry were all funding or carrying out the work for this project.

Main objectives, targets and strategies of the Programme have been incorporated into the current work, plans and funding portfolios of the many key stakeholders.

The Programme has achieved a number of major milestones. For example:

- Examine the complexity of infectious pathways (sources, routes, exposures) between humans, animals, and the environment.
- Identify numerous gaps in our knowledge about enteric zoonoses
- Develop recommendations for preventive and remedial measures.

The model included three major components: water (catchment), human exposure routes and dairy farm models. The model initially focused on Campylobacter as the most prevalent water- and food-borne disease in New Zealand as an indicator of other bacterial zoonoses. Within this quantitative risk assessment framework, we were able to explore the persistence of disease-causing microorganisms in the environment and simulate the relative performance of various management practices and intervention measures.

Results of research projects, which have been carried in a framework of the Programme, supported:

Some of the Programme’s major achievements are:

Collaborative work over these years (2000-2010) resulted in the development of risk analysis and management policies, regulatory services and technical operational tools for primary industries.

A gap in efficiency has been identified, which helped to reduce the cost ($150m/annum) for the risk-management infrastructure.

A concerted effort over these years has seen disease rates fall dramatically to less than half the rates reported in the early 2000 (NZVet Space, Feb 2010).

The Programme’s work has been recognized internationally. For example, in WHO’s publications such as: ‘Waterborne zoonoses: Identification, causes and control’, 2004, Section 4, Chapter 12 ‘Potential public health risk of Campylobacter and other zoonotic waterborne infections in New Zealand’, pp 191-207,

The New Zealand risk-control management approach to curbing enteric zoonotic disease problem can be applied in countries with similar large numbers of livestock and pastoral agricultural systems, like that of New Zealand.