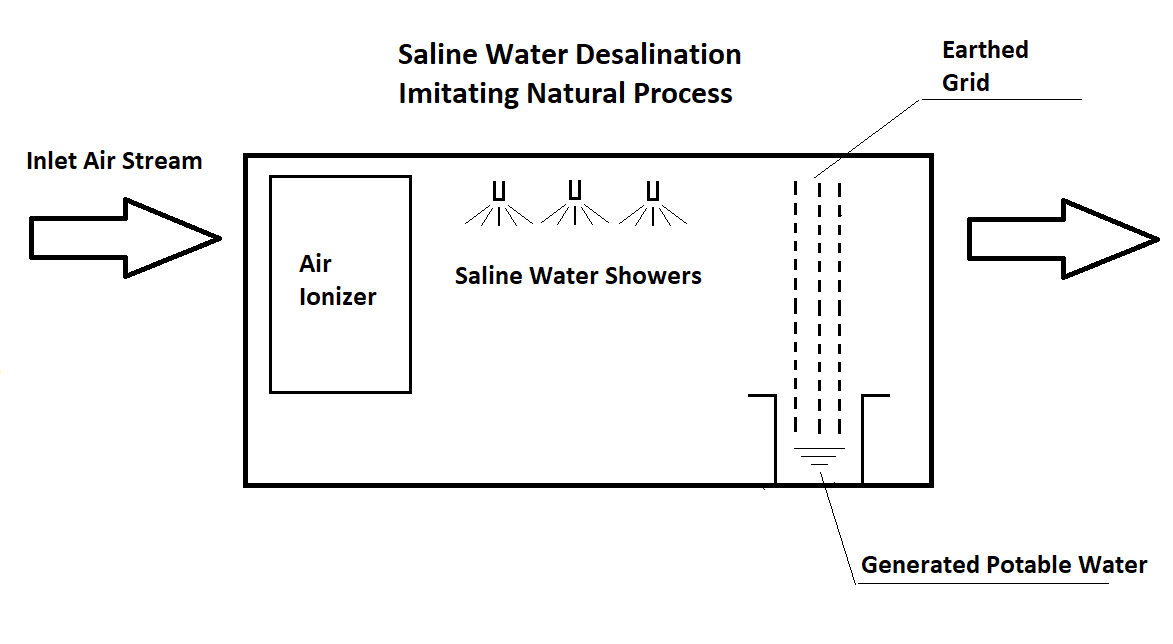 To All Countries Suffering From Lack of Potable Water Around the Whole World.

Seawater Desalination is the solution, however Reverse Osmosis has to be set aside as it is an awfully mentally retarded process.

Molecules and atoms of air gases (N2, O2, ....) are non-polar consequently they cannot dissolve water molecule as it is polar. Solar winds transmit from our sun huge amounts of electric charges which ionize our air next air dissolves water vapor forming clouds. This drought we are facing is due to the low activity of our sun as a nuclear fusion reactor.

Our equipment materialize this explanation as they consist of an air blower which initiates a stream of air, which will pass through high voltage generators to ionize air, next this air stream is passed through an intensified saline water shower, next it passes through an earthed wire mesh where potable water is separated. Details at naturalseawaterdesalination.com.