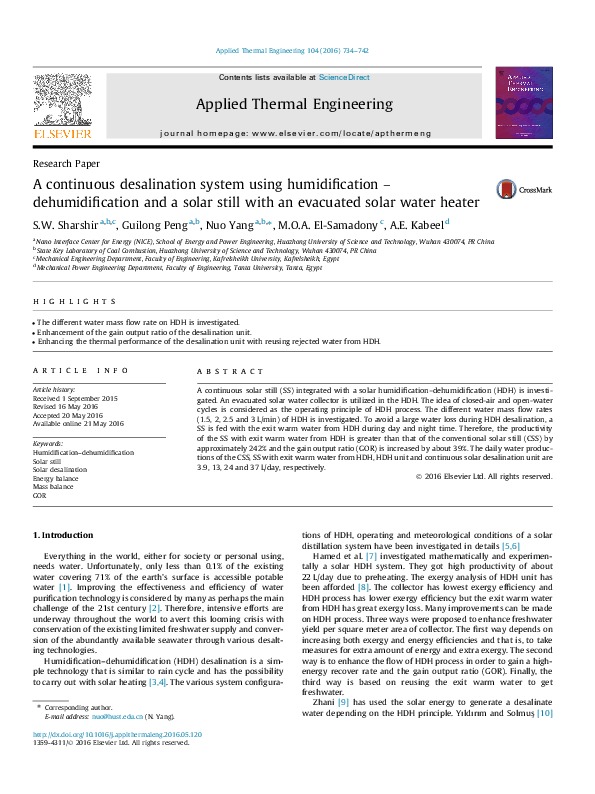 A continuous solar still (SS) integrated with a solar humidification–dehumidification (HDH) is investigated. An evacuated solar water collector is utilized in the HDH. The idea of closed-air and open-water cycles is considered as the operating principle of HDH process.

The different water mass flow rates (1.5, 2, 2.5 and 3 L/min) of HDH is investigated. To avoid a large water loss during HDH desalination, a SS is fed with the exit warm water from HDH during day and night time.