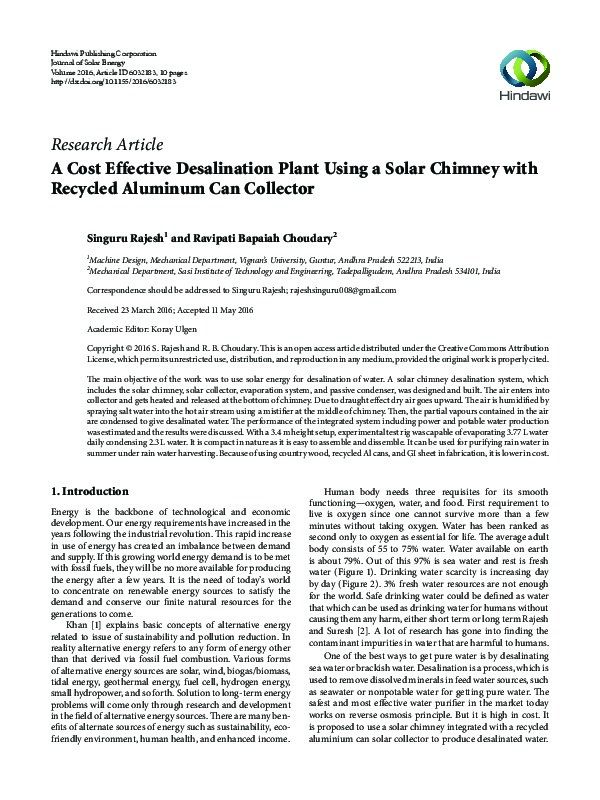 The air enters into collector and gets heated and released at the bottom of chimney.

Due to draught effect dry air goes upward. The air is humidified by spraying salt water into the hot air stream using a mistifier at the middle of chimney.

Then, the partial vapours contained in the air are condensed to give desalinated water. The performance of the integrated system including power and potable water production was estimated and the results were discussed.

With a 3.4 m height setup, experimental test rig was capable of evaporating 3.77 L water daily condensing 2.3 L water. It is compact in nature as it is easy to assemble and dissemble. It can be used for purifying rain water in summer under rain water harvesting.

Because of using country wood, recycled Al cans, and GI sheet in fabrication, it is lower in cost.