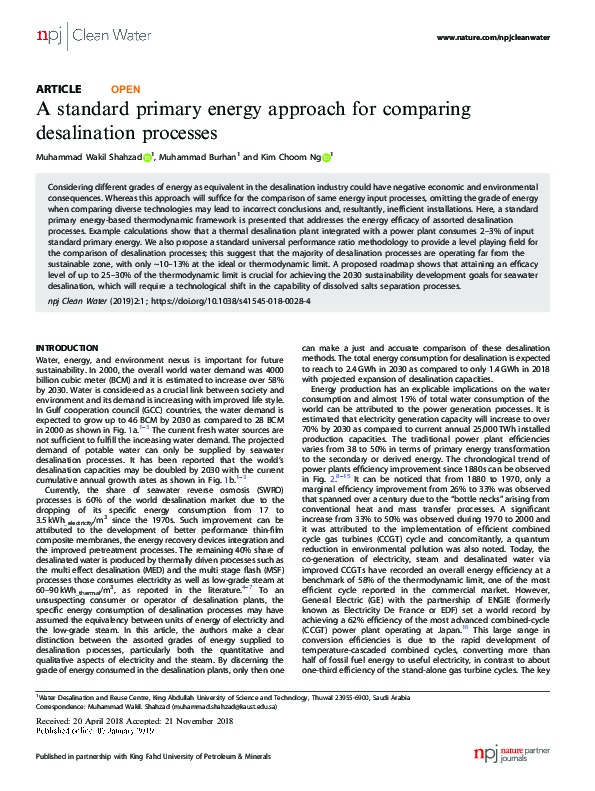 Considering different grades of energy as equivalent in the desalination industry could have negative economic and environmental consequences. Whereas this approach will suffice for the comparison of same energy input processes, omitting the grade of energy when comparing diverse technologies may lead to incorrect conclusions and, resultantly, inefficient installations.

A proposed roadmap shows that attaining an efficacy level of up to 25–30% of the thermodynamic limit is crucial for achieving the 2030 sustainability development goals for seawater desalination, which will require a technological shift in the capability of dissolved salts separation processes.