Adaptation to Future Water Shortages in the U.S. Caused by Population Growth and Climate Change 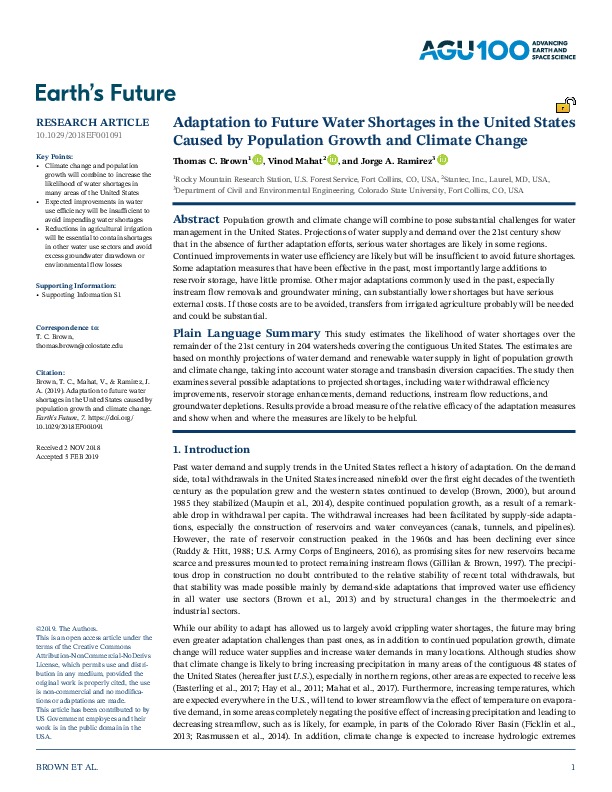 Population growth and climate change will combine to pose substantial challenges for water management in the United States. Projections of water supply and demand over the 21st century show that in the absence of further adaptation efforts, serious water shortages are likely in some regions. Continued improvements in water use efficiency are likely but will be insufficient to avoid future shortages. Some adaptation measures that have been effective in the past, most importantly large additions to reservoir storage, have little promise. Other major adaptations commonly used in the past, especially instream flow removals and groundwater mining, can substantially lower shortages but have serious external costs. If those costs are to be avoided, transfers from irrigated agriculture probably will be needed and could be substantial.

Read the story about this paper on The Water Network:
Climate Change and Population Growth are Setting the Stage for Water Shortages