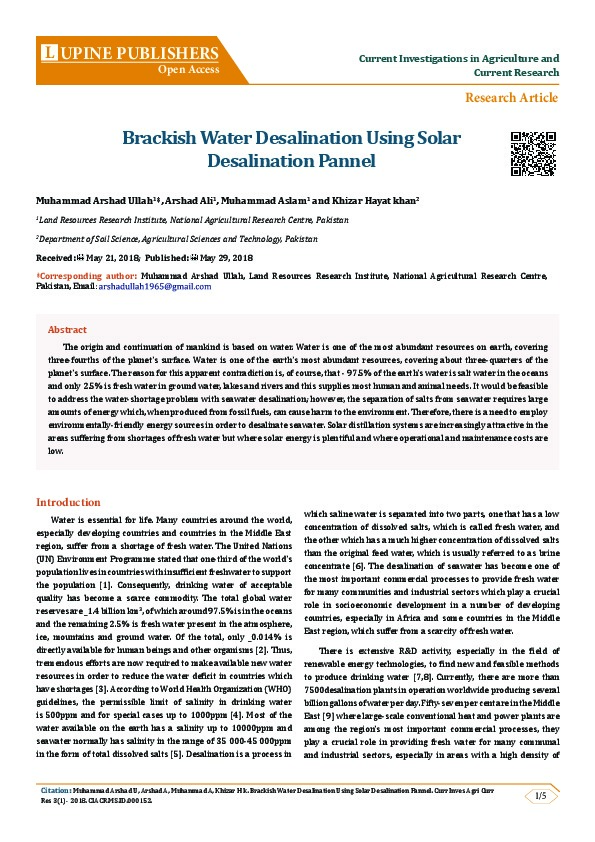 The reason for this apparent contradiction is, of course, that - 97.5% of the earth’s water is salt water in the oceans and only 2.5% is fresh water in ground water, lakes and rivers and this supplies most human and animal needs. It would be feasible to address the water-shortage problem with seawater desalination; however, the separation of salts from seawater requires large amounts of energy which, when produced from fossil fuels, can cause harm to the environment.

Therefore, there is a need to employ environmentally-friendly energy sources in order to desalinate seawater. Solar distillation systems are increasingly attractive in the areas suffering from shortages of fresh water but where solar energy is plentiful and where operational and maintenance costs are low.