Characterization of Water, Energy Consumptions at the End Use Level in Rural and Urban Environments 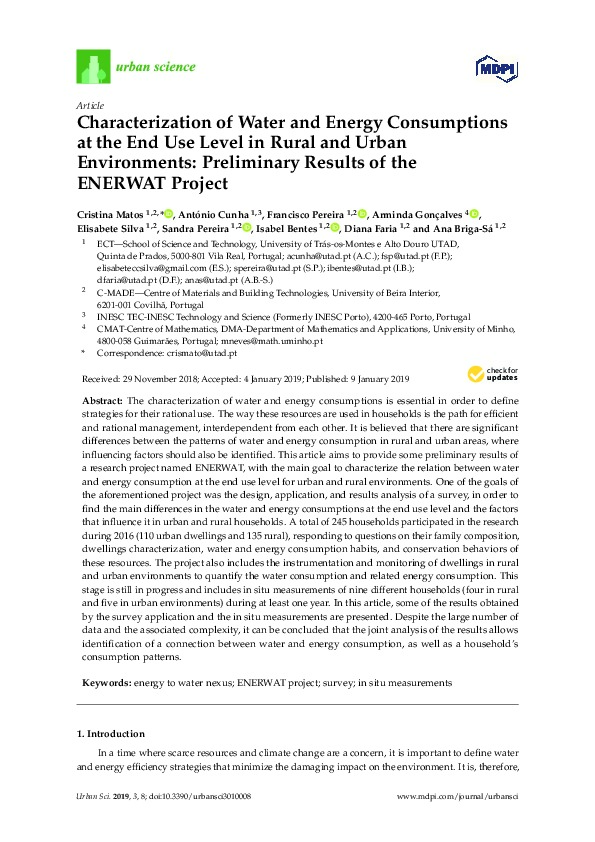 Characterization of Water and Energy Consumptions at the End Use Level in Rural and Urban Environments: Preliminary Results of the ENERWAT Project

One of the goals of the aforementioned project was the design, application, and results analysis of a survey, in order to find the main differences in the water and energy consumptions at the end use level and the factors that influence it in urban and rural households. A total of 245 households participated in the research during 2016 (110 urban dwellings and 135 rural), responding to questions on their family composition, dwellings characterization, water and energy consumption habits, and conservation behaviors of these resources. The project also includes the instrumentation and monitoring of dwellings in rural and urban environments to quantify the water consumption and related energy consumption. This stage is still in progress and includes in situ measurements of nine different households (four in rural and five in urban environments) during at least one year. In this article, some of the results obtained by the survey application and the in situ measurements are presented. Despite the large number of data and the associated complexity, it can be concluded that the joint analysis of the results allows identification of a connection between water and energy consumption, as well as a household’s consumption patterns.