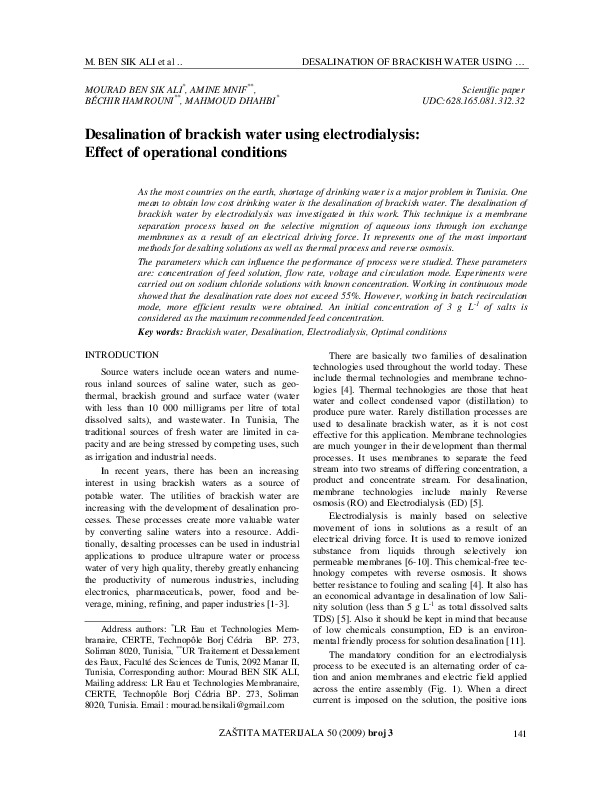 This technique is a membrane separation process based on the selective migration of aqueous ions through ion exchange membranes as a result of an electrical driving force. It represents one of the most important methods for desalting solutions as well as thermal process and reverse osmosis.

The parameters which can influence the performance of process were studied. These parameters are: concentration of feed solution, flow rate, voltage and circulation mode. Experiments were carried out on sodium chloride solutions with known concentration.

Working in continuous mode showed that the desalination rate does not exceed 55%. However, working in batch recirculation mode, more efficient results were obtained. An initial concentration of 3 g L-1 of salts is considered as the maximum recommended feed concentration.