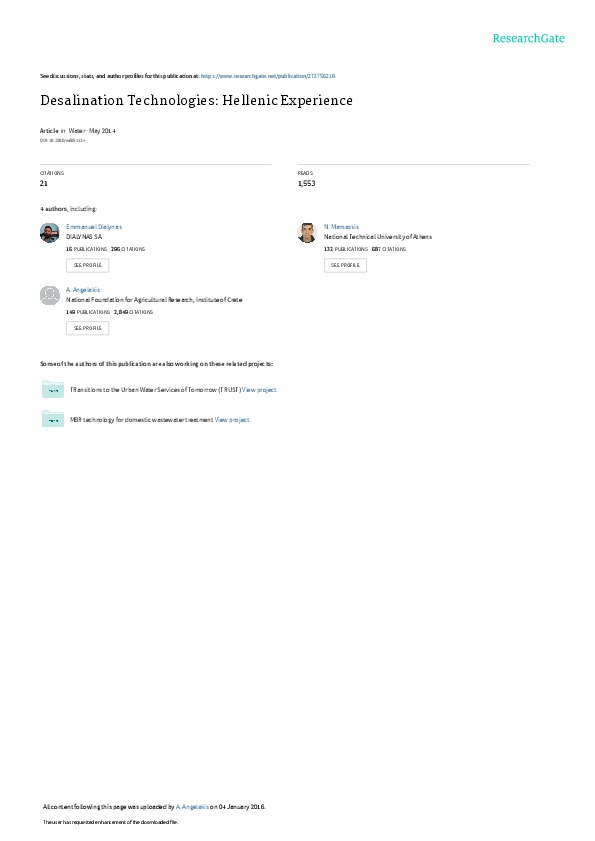 Beyond doubt, desalination is growing rapidly worldwide. However, there are still obstacles to its wider implementation and acceptance such as: (a) high costs and energy use for fresh water production; (b) environmental impacts from concentrate disposal; (c) a complex, convoluted and time-consuming project permitting process; and (d) limited public understanding of the role, importance, benefits and environmental challenges of desalination. In this paper, a short review of desalination in Greece is being made.

Data on the cost of desalination shows a decrease in the future and the potential of water desalination in Greece. The paper summarizes the current status in southeastern Greece (e. g., Aegean islands and Crete), and investigates the possibility of production of desalinated water from brackish water.