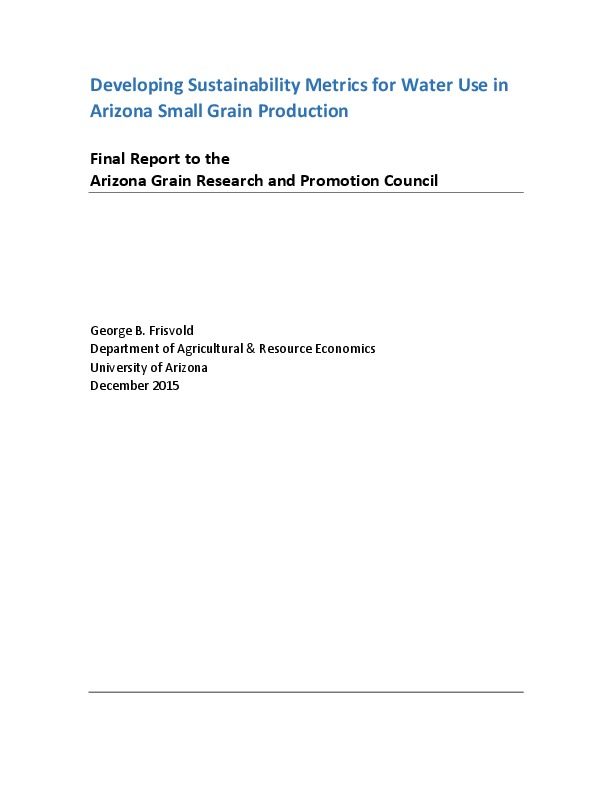 Grain buyers and consumers increasingly evaluate their potential grain purchases in terms of “sustainability metrics” such as carbon or water “footprints.”

In the future, grain growers’ access to markets and the prices they receive for their crops may depend increasingly on how crops are produced in terms of such sustainability metrics. This study estimated a number of sustainability measures for water use in Arizona small grain production including: water application intensity, water productivity, water economic productivity, and water footprint.

It identified several methodological and data errors in these calculators that lead to an over-estimate of the water footprint of Arizona’s durum wheat production.