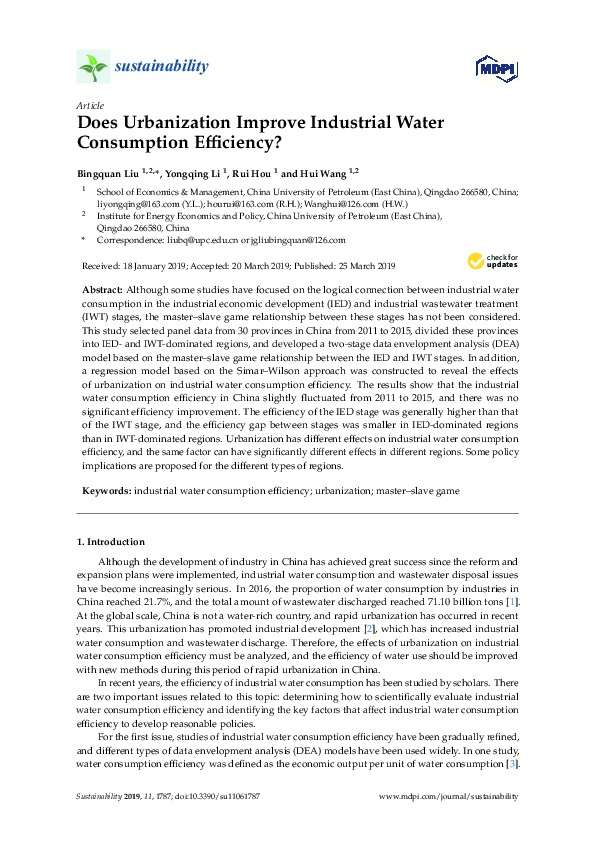 Although some studies have focused on the logical connection between industrial water consumption in the industrial economic development (IED) and industrial wastewater treatment (IWT) stages, the master–slave game relationship between these stages has not been considered. This study selected panel data from 30 provinces in China from 2011 to 2015, divided these provinces into IED- and IWT-dominated regions, and developed a two-stage data envelopment analysis (DEA) model based on the master–slave game relationship between the IED and IWT stages.