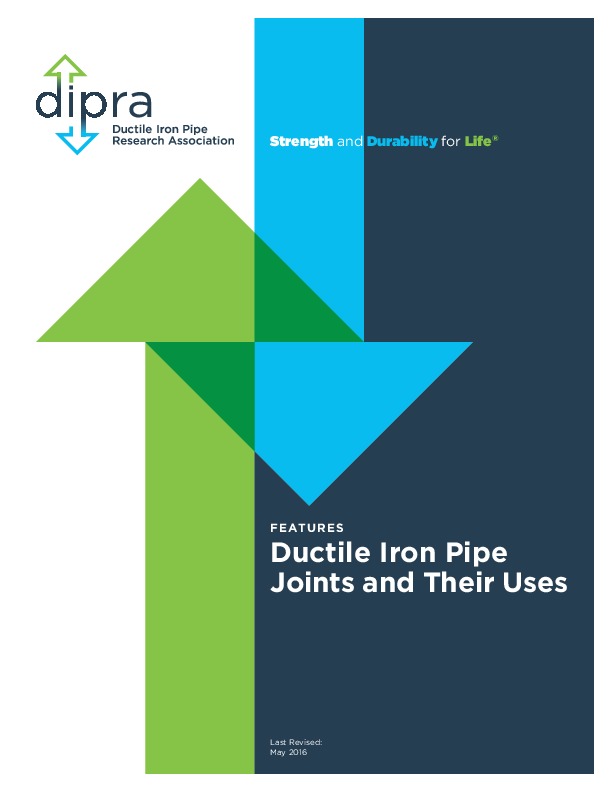 Joints for Iron pipe have come a long way. About 550 years ago, the first Cast Iron pipes were made with flanged joints, using lead or leather gaskets.

The bell and spigot joint, which was assembled by caulking yarn or braided hemp into the base of the annular bell cavity and then pouring molten lead into the remaining space inside the bell, was developed in 1785 and extensively used until the late 1950s.

The roll-on joint was developed in 1937 and was used for roughly 20 years before its manufacture was discontinued. Assembly of this joint involved a compressed rubber gasket rolled under a restriction ring, followed by caulked, square-braided jute. The remainder of the joint was packed with a bituminous compound.

Several special joints have been available for years. These include ball and socket for subaqueous crossings, grooved and shouldered, and numerous variations of restrained joints. There is a much wider variety of joints available for Ductile Iron Pipe than for any other piping material, providing greater flexibility and versatility in pipeline design and installation.