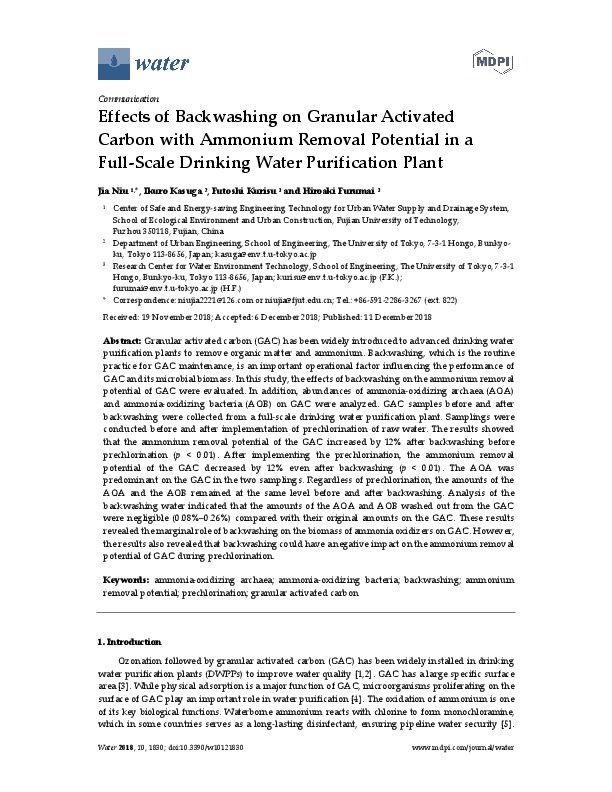 Granular activated carbon (GAC) has been widely introduced to advanced drinking water purification plants to remove organic matter and ammonium. Backwashing, which is the routine practice for GAC maintenance, is an important operational factor influencing the performance of GAC and its microbial biomass. In this study, the effects of backwashing on the ammonium removal potential of GAC were evaluated. In addition, abundances of ammonia-oxidizing archaea (AOA) and ammonia-oxidizing bacteria (AOB) on GAC were analyzed. GAC samples before and after backwashing were collected from a full-scale drinking water purification plant. Samplings were conducted before and after implementation of prechlorination of raw water.

These results revealed the marginal role of backwashing on the biomass of ammonia oxidizers on GAC. However, the results also revealed that backwashing could have a negative impact on the ammonium removal potential of GAC during prechlorination.