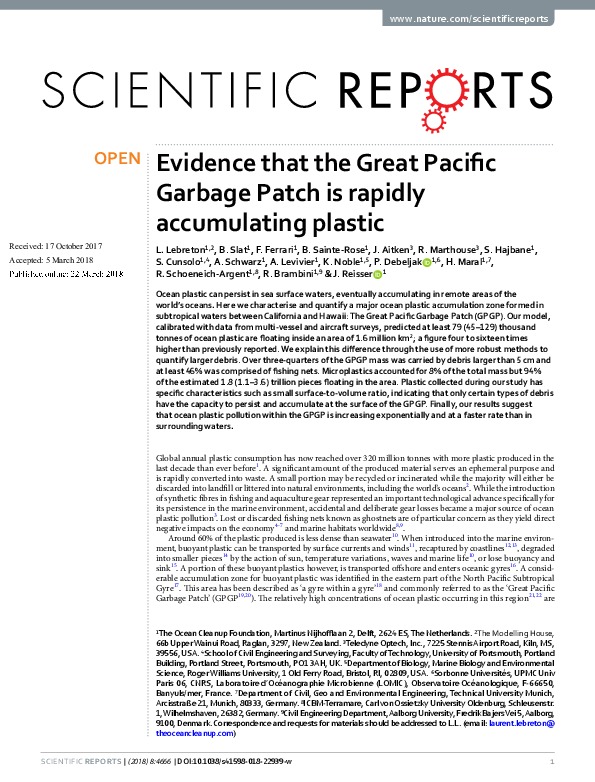 Our model, calibrated with data from multi-vessel and aircraft surveys, predicted at least 79 (45–129) thousand tonnes of ocean plastic are floating inside an area of 1.6 million km2; a figure four to sixteen times higher than previously reported. We explain this difference through the use of more robust methods to quantify larger debris. Over three-quarters of the GPGP mass was carried by debris larger than 5 cm and at least 46% was comprised of fishing nets. Microplastics accounted for 8% of the total mass but 94% of the estimated 1.8 (1.1–3.6) trillion pieces floating in the area.

Plastic collected during our study has specific characteristics such as small surface-to-volume ratio, indicating that only certain types of debris have the capacity to persist and accumulate at the surface of the GPGP. Finally, our results suggest that ocean plastic pollution within the GPGP is increasing exponentially and at a faster rate than in surrounding waters.