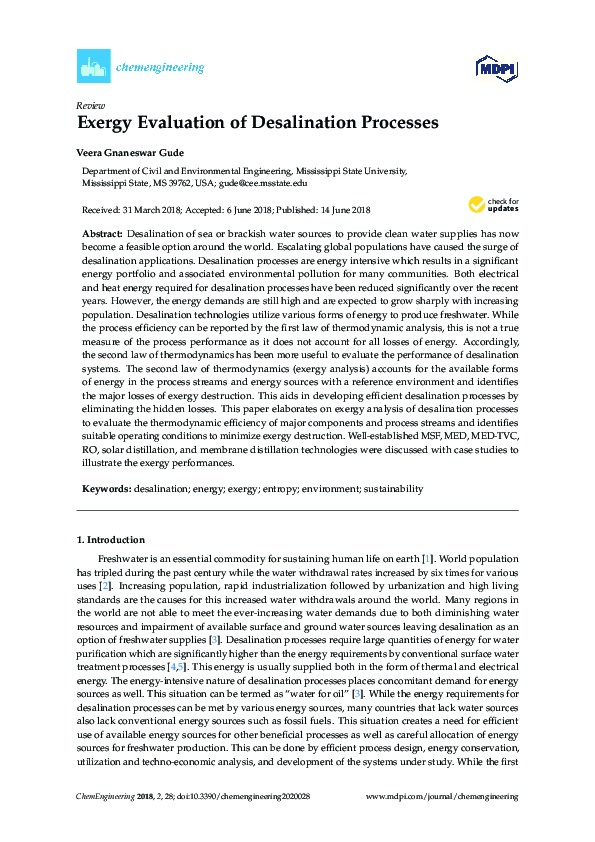 Desalination of sea or brackish water sources to provide clean water supplies has now become a feasible option around the world. Escalating global populations have caused the surge of desalination applications. Desalination processes are energy intensive which results in a significant energy portfolio and associated environmental pollution for many communities. Both electrical and heat energy required for desalination processes have been reduced significantly over the recent years.

However, the energy demands are still high and are expected to grow sharply with increasing population. Desalination technologies utilize various forms of energy to produce freshwater. While the process efficiency can be reported by the first law of thermodynamic analysis, this is not a true measure of the process performance as it does not account for all losses of energy. Accordingly, the second law of thermodynamics has been more useful to evaluate the performance of desalination systems. The second law of thermodynamics (exergy analysis) accounts for the available forms of energy in the process streams and energy sources with a reference environment and identifies the major losses of exergy destruction.