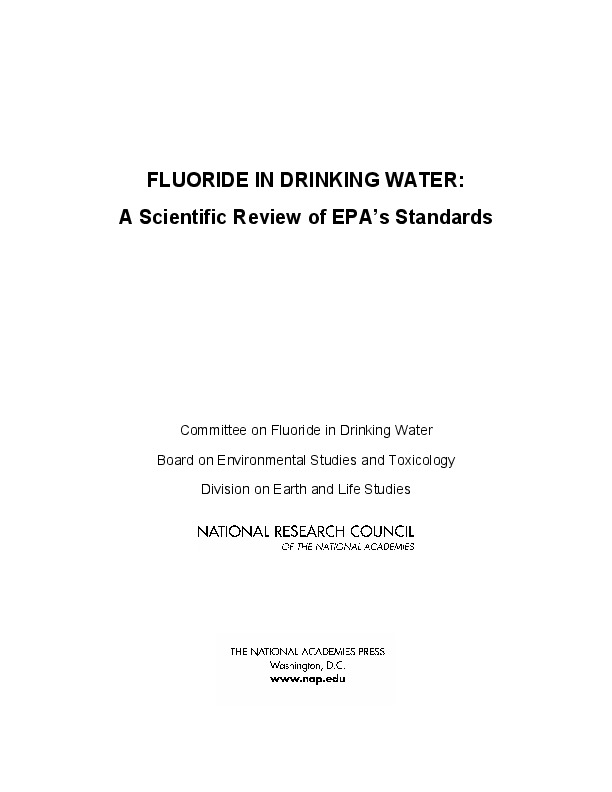 Most people associate fluoride with the practice of intentionally adding fluoride to public drinking water supplies for the prevention of tooth decay.

However, fluoride can also enter public water systems from natural sources, including runoff from the weathering of fluoride-containing rocks and soils and leaching from soil into groundwater. Fluoride pollution from various industrial emissions can also contaminate water supplies. In a few areas of the United States fluoride concentrations in water are much higher than normal, mostly from natural sources.

Fluoride is one of the drinking water contaminants regulated by the U.S. Environmental Protection Agency (EPA) because it can occur at these toxic levels. In 1986, the EPA established a maximum allowable concentration for fluoride in drinking water of 4 milligrams per liter, a guideline designed to prevent the public from being exposed to harmful levels of fluoride.  Fluoride in Drinking Water  reviews research on various health effects from exposure to fluoride, including studies conducted in the last 10 years.