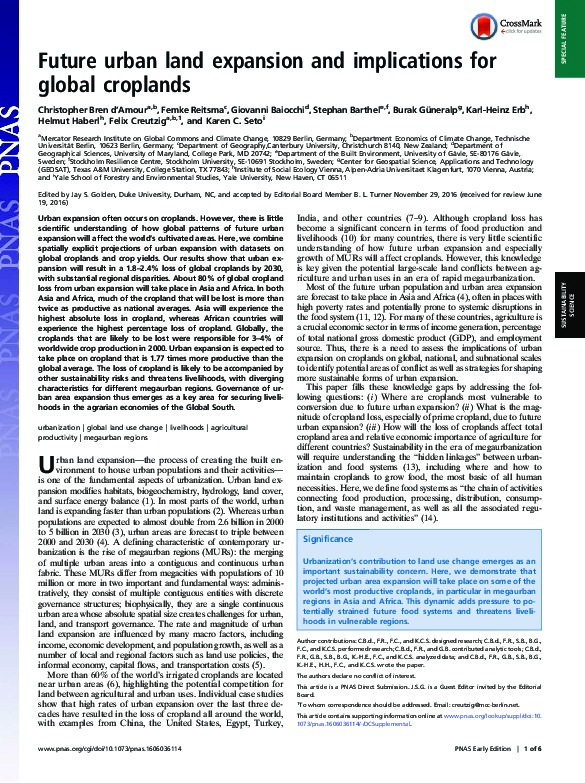 Urban expansion often occurs on croplands. However, there is little scientific understanding of how global patterns of future urban expansion will affect the world’s cultivated areas.

About 80% of global cropland loss from urban expansion will take place in Asia and Africa. In both Asia and Africa, much of the cropland that will be lost is more than twice as productive as national averages. Asia will experience the highest absolute loss in cropland, whereas African countries will experience the highest percentage loss of cropland.

Globally, the croplands that are likely to be lost were responsible for 3–4% of worldwide crop production in 2000. Urban expansion is expected to take place on cropland that is 1.77 times more productive than the global average. The loss of cropland is likely to be accompanied by other sustainability risks and threatens livelihoods, with diverging characteristics for different mega-urban regions.

Governance of urban area expansion thus emerges as a key area for securing livelihoods in the agrarian economies of the Global South.