Guidelines for drinking-water quality, 2011, WHO 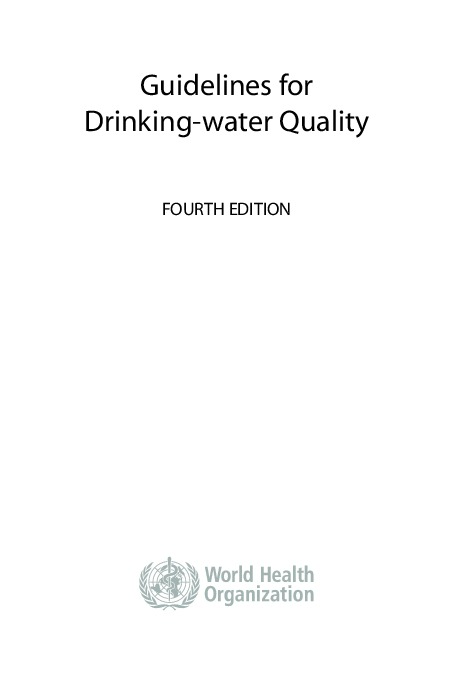 Access to safe drinking-water is essential to health, a basic human right and a component of effective policy for health protection.

The importance of water, sanitation and hygiene for health and development has been reflected in the outcomes of a series of international policy forums. These have included health-oriented conferences such as the International Conference on Primary Health Care, held in Alma-Ata, Kazakhstan (former Soviet Union), in 1978. They have also included water-oriented conferences such as the 1977 World Water Conference in Mar del Plata, Argentina, which launched the water supply and sanitation decade of 1981–1990, as well as the Millennium Development Goals adopted by the General Assembly of the United Nations (UN) in 2000 and the outcome of the Johannesburg World Summit for Sustainable Development in 2002. The UN General Assembly declared the period from 2005 to 2015 as the International Decade for Action, “Water for Life”. Most recently, the UN General Assembly declared safe and clean drinking-water and sanitation a human right essential to the full enjoyment of life and all other human rights.

Access to safe drinking-water is important as a health and development issue at national, regional and local levels. In some regions, it has been shown that investments in water supply and sanitation can yield a net economic benefit, as the reductions in adverse health effects and health-care costs outweigh the costs of undertaking the interventions. This is true for investments ranging from major water supply infrastructure through to water treatment in the home. Experience has also shown that interventions in improving access to safe water favour the poor in particular, whether in rural or urban areas, and can be an effective part of poverty alleviation strategies.