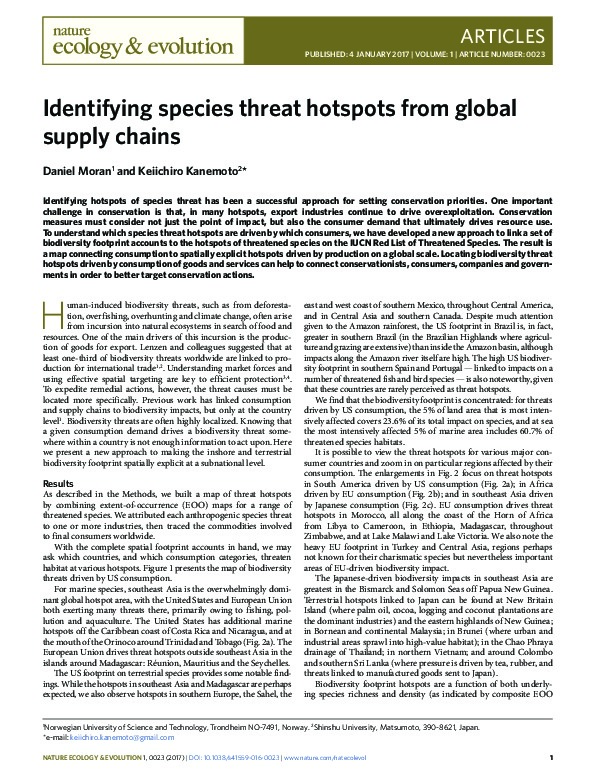 Identifying hotspots of species threat has been a successful approach for setting conservation priorities. One important challenge in conservation is that, in many hotspots, export industries continue to drive overexploitation. Conservation measures must consider not just the point of impact, but also the consumer demand that ultimately drives resource use.

To understand which species threat hotspots are driven by which consumers, we have developed a new approach to link a set of biodiversity footprint accounts to the hotspots of threatened species on the IUCN Red List of Threatened Species. The result is a map connecting consumption to spatially explicit hotspots driven by production on a global scale.