Images From a Warming Planet

Ashley Cooper has spent the last thirteen years travelling to every continent on the planet to document the impacts of climate change and the rise of renewable energy, the only living photographer to have done so.

Take a look at some of the photos from the book 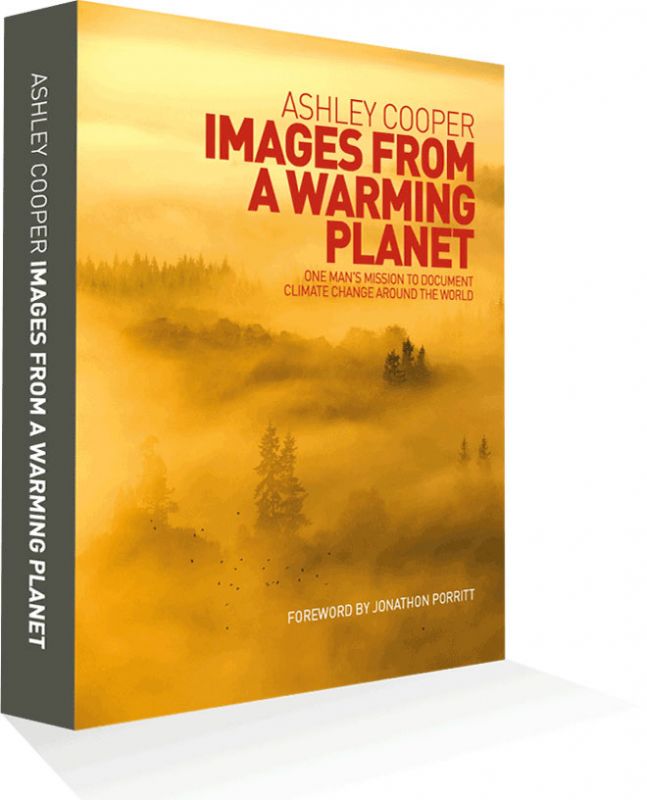 This epic journey involved visiting over thirty countries and took Ashley from nearly300 feet below sea level in Death Valley to 18,000 feet in the Bolivian Andes, from 500 miles from the North Pole, to the Antarctic Peninsular, from remote Pacific Islands to the Chinese/Russian border.

Following a successful crowd funding program, he has just published “Images From a Warming Planet”, a 416 page hardback, art photography book containing 500 of the best images from his epic journey around the planet.

The book has come out to amazing reviews and is on sale now. You can read the reviews and see around 100 of the pages online , as well as purchase the book at www.imagesfromawarmingplanet.net Jonathon Porritt who wrote the foreword for the book called it "An extraordinary collection of images, and a powerful call to action".

Ashley's work is used by newspapers and magazines around the world as well as by Greenpeace, WWF International, The Met Office, United Nations Climate Change Program, World Food Program, Barack Obama's election campaign, etc. The journey was not without its dangers, Cooper came close to falling down a crevasse on the Greenland ice sheet, and narrowly avoided being avalanched in the Himalayas.

He suffered intimidation and hassle at every turn, including arrest by the Chinese Army, threatened with arrest by the Royal Canadian Mounted Police if he so much as took one step off the highway, whilst documenting the tar sands.

He has been stopped and searched by the police on countless occasions, including being tailed by four Metropolitan Police Officers for seven hours whilst documenting the climate camp at Heathrow.

His last photo shoot to Bolivia, ended in a head on collision which wrote off his hire car, and resulted in the hire car company locking him in a hotel, and trying to defraud $50,000 from his credit card.

Get your copy at: Images From a Warming Planet