Interlinking of Rivers: Boon or Bane? 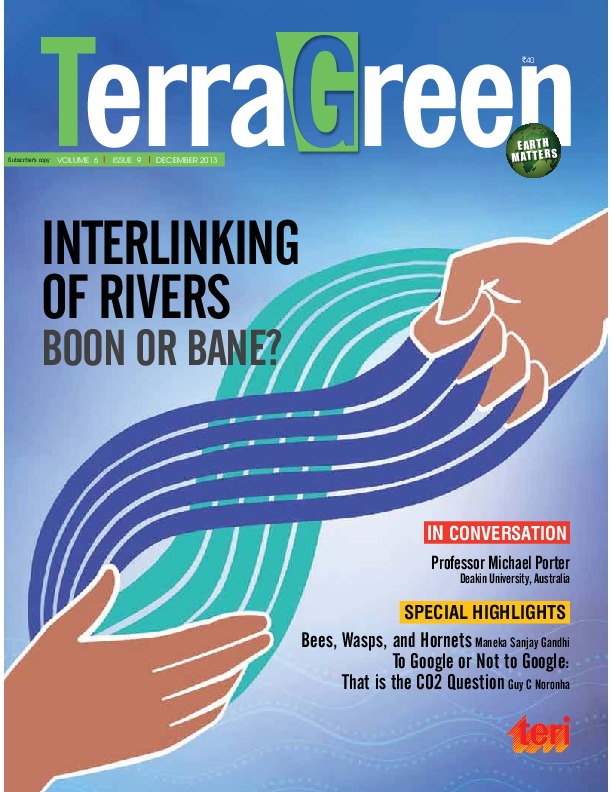 Published by The Energy and Resources Institute (TERI)

The issue of interlinking of rivers in India has been discussed and debated for several decades now. A number of eminent engineers have seen this as an essential solution for the problem of water scarcity in the country. However, seldom in these debates, discussions, and proposals that have been put forward have the environmental or ecological implications of linking rivers been adequately explored. There are, of course, direct environmental implications in linking river systems, which would involve possibly submergence of forests and loss of biodiversity, as well as likely loss of farmland and displacement of people as well. A far more difficult issue to understand is related to the mixing of water from different rivers and their ecological implications. Unfortunately, a number of our rivers have been polluted to a point where species that existed in them earlier can no longer survive. However, in several river systems, particularly in the upper reaches, there is a rich biodiversity of life that still thrives. It needs to be investigated how interlinking of rivers would impact on the survival of species that currently exist within them. Interlinking of rivers is a complex issue that should not be seen purely as an engineering challenge. In fact, distribution of water from one river system to another as clearly intended in any plan on interlinking rivers, has to be seen in a much larger context – as only a part of the total challenge of managing our water resources efficiently for a population that is growing rapidly and an economy that is expanding. We necessarily need to look at every option by which the water problems of this country can be solved in an economically efficient and ecologically sustainable manner. For this reason it is important to carry out detailed scenario analysis of how demand for water would grow in the future with and without appropriate policy interventions, including pricing of water for specific purposes and laying down benchmarks for efficiency of water use in specific sectors of the economy. There is also a role for regulatory measures and research and development by which, for instance, in the agricultural sector it may be possible to evolve and introduce crops that are much lower in water intensity than what we have currently. The agricultural sector in particular needs some major policy interventions, since water use at the aggregate level is 80% in agriculture. It is only after a detailed analysis of future demand and scenarios related to different levels of policy initiatives and interventions that a proper assessment of any scheme to interlink would even merit attention and examination. And, in case both in economic and ecological terms a case can be made for interlinking some river systems, then perhaps it would be essential to implement at least one such project, which has the least ecological problems and the greatest economic merit, before we consider extending such possibilities to other river systems. In essence, a proof of concept would be essential through one single such project to throw up any problems or complexities that may be faced before we can even consider anything on a grandiose scale at the national level. In essence, our problems of water scarcity and water stress in the country require an aggregate analysis of future options at the national, regional, and sub-regional level, and a strengthening of institutions and practices at the local level in several parts of the country.