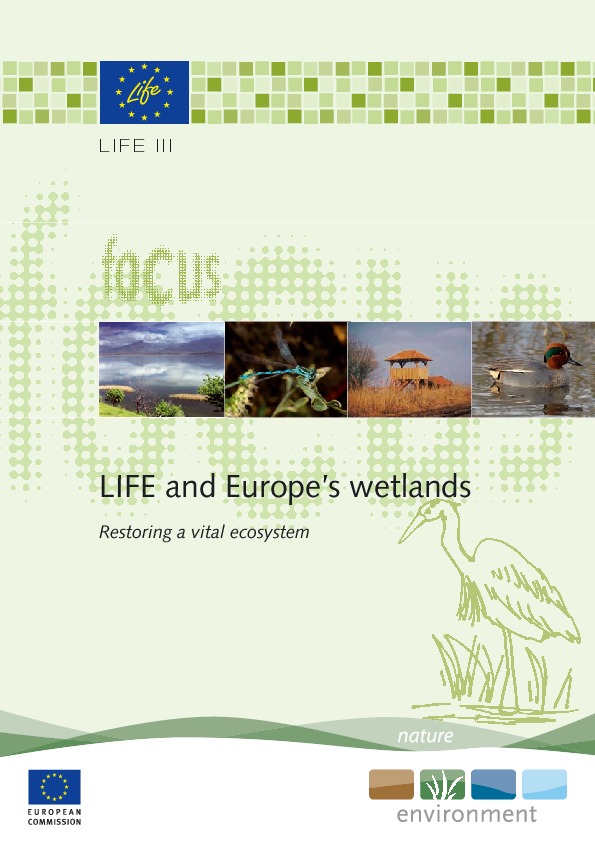 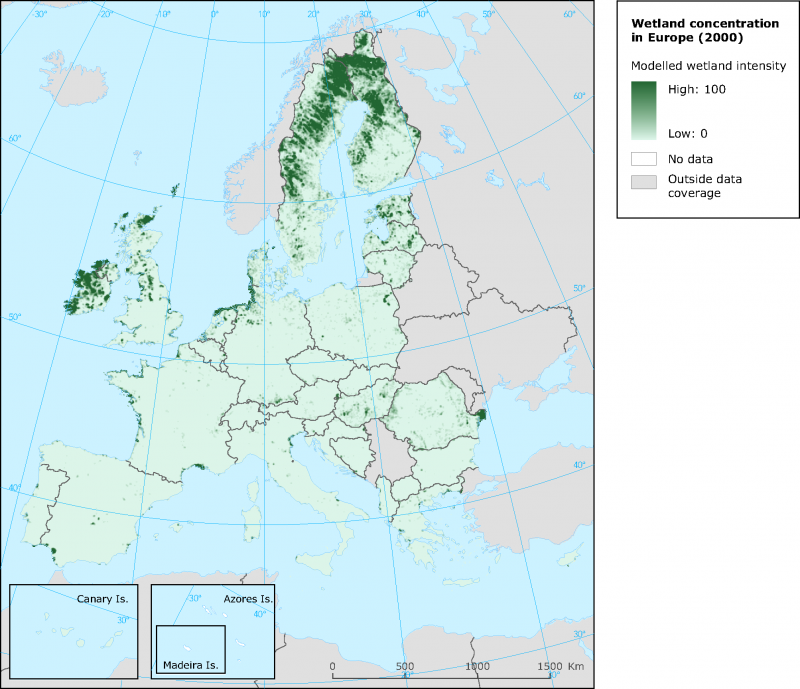 They provide ideal conditions for a vast diversity of habitats and species. They are especially important for birds, providing vital nesting and migratory flyway areas, as well as for other fauna species, such as dragonflies and amphibians.

Countless specialist plants depend on wetlands. Wetlands support a wide range of public goods and services, such as providing fresh water and recreational and tourism opportunities.

In addition, they act as carbon ‘sinks’ and are therefore a fundamental asset in our efforts to reduce levels of greenhouse gases in the atmosphere.

However, despite their importance, wetlands are disappearing (for instance, due to drainage and conversion to farmland) or are being polluted at an alarming rate and are among Europe’s most threatened ecosystems.

In recognition of this, wetlands were one of the very first nature conservation issues ever put forward for European and international policy consideration under the 1971 Ramsar Convention on the conservation and wise use of wetlands and their resources.

Following on from this, as a contracting party to the Convention on Biological Diversity (CBD), the European Community has taken decisive steps to fulfil its commitments and to meet the target defined by the heads of state and government to halt biodiversity loss by 2010. In May 2006, the European Commission adopted a communication on biodiversity and an action plan which defines priority actions to meet this target.

Many of the objectives, targets and actions are directly relevant to the conservation and wise use of wetlands. The action plan also emphasises the links to other relevant environmental legislation, including the Water Framework Directive (WFD). The Habitats and Birds directives and the WFD are the main pieces of legislation ensuring the protection of Europe’s wetlands. The Natura 2000 network of protected sites and the integration of wetlands into future river basin management planning (under the WFD) are helping to guarantee their future conservation and sustainable use.

The EU has been a major provider of funds for wetland conservation projects both within and outside the Union. The Commission’s financial instrument for the environment, LIFE, has been contributing to a large number of projects supporting the conservation of wetland ecosystems within the Natura 2000 network.

This brochure presents a selection of these LIFE wetland projects. Most focus on the restoration and management of wetlands, while a number also target key wetland species. Looking to the future, it is expected that Member States will take full advantage of the renewed opportunities for funding wetland projects under the Commission’s LIFE+ programme, launched in 2007.