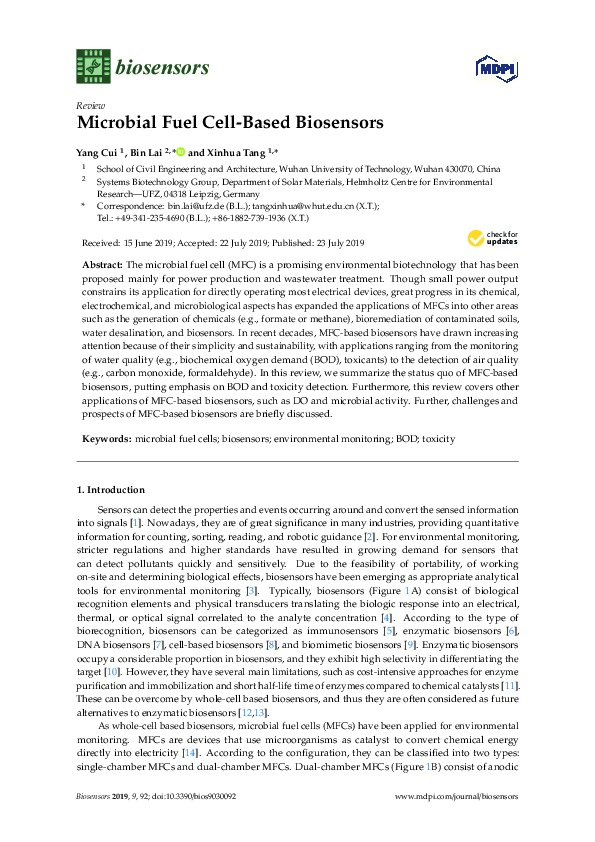 The microbial fuel cell (MFC) is promising environmental biotechnology that has been proposed mainly for power production and wastewater treatment. Though small power output constrains its application for directly operating most electrical devices, great progress in its chemical, electrochemical, and microbiological aspects has expanded the applications of MFCs into other areas such as the generation of chemicals (e.g., formate or methane), bioremediation of contaminated soils, water desalination, and biosensors.