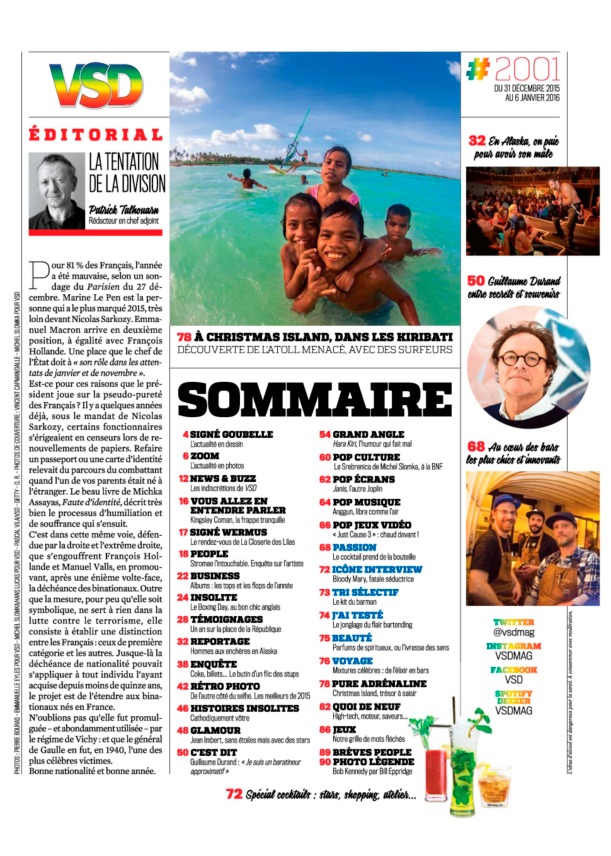 French weekly magazine VSD publishes this week our travel story to Christmas Island, Kiribati. The small island nation of the Pacific has received a lot of media attention over the last  year for being on the front line of global warming consequences. Sea water rise has already had some devastating consequences there, forcing Kiribati's president, Anote Tong, to start relocating its population. As a matter of fact he purchased on behalf of the nation some land in Fiji where people could start relocating. One of Kiribati's citizen living in New Zealand made head line news last year for applying at the United Nations  for a "climate refugee" status that would allow him to stay in New Zealand. He got denied so far.

To learn more about Kiribati's situation you can watch our documentary " No gift for Christmams Island" https://youtu.be/TvkbxiDRdls or read