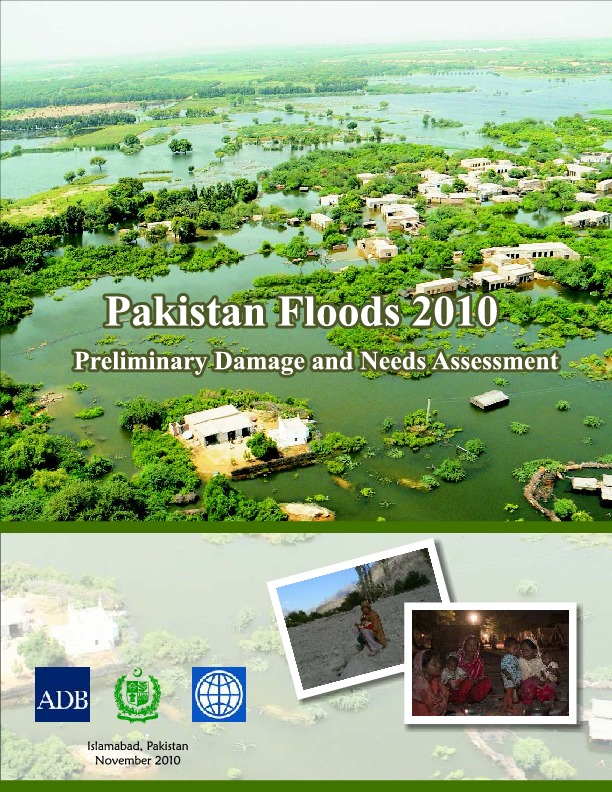 Pakistan experienced extraordinary rainfall in mid- July 2010, which continued until September 2010. The result was unprecedented floods affecting the entire length of the country. The floods have been assessed to be the worst since 1929. According to the National Disaster Management Authority (NDMA)  the rains/ floods have affected over 20 million people. Additionally, flash floods and landslides triggered by the rain caused severe damage to infrastructure in the affected areas. Entire villages have been washed away, urban centers have been flooded, homes have been destroyed, and thousands of acres of crops and agricultural lands have been damaged with major soil erosion happening in some areas.