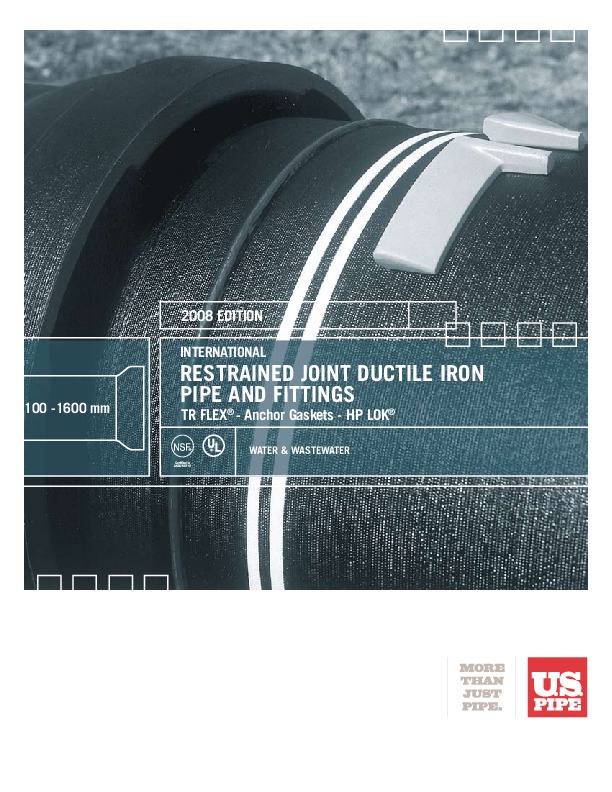 Based in Birmingham, Alabama, U.S. Pipe and Foundry Company, LLC. is America’s leading manufacturer of Ductile Iron pipe, joint restraint products and other products for the water and wastewater industry.

U.S. Pipe operates four manufacturing plants and numerous sales locations throughout the country. These domestic sales offices combined with the International Sales office and their worldwide net-work of sales associates gives U.S. Pipe one of the broadest domestic and international marketing coverages in the industry.

From its beginning in 1899, U.S. Pipe has consistently lead the industry with innovations and product developments.

The name of the company was changed to United States Pipe and Foundry Company in 1929. U.S. Pipe also operates two other pipe plants, one in Burlington, New Jersey, and the other in Union City, California. These plants are located in the northern and western parts of the country to better serve our domestic market.

In 1952, the Sloss-Sheffield Steel and Iron Company was merged into U.S. Pipe, and the General Offices of U.S. Pipe moved from Burlington, New Jersey to Birmingham. The company quickly became a fully integrated producer of cast iron pipe and related products.

While the original plants produced pipe by the so called “pit cast” method, in which molten iron was poured into static, vertical molds lined and cored with sand, today’s plants and production bear little resemblance to the old.

In 1921, U.S. Pipe revolutionized the production of cast iron pipe when it purchased the rights for the centrifugal casting method, developed by Dimitri Sensaud Delavaud, a French engineer living in Brazil. In this process, the molten iron is poured into a rapidly spinning metal mold.

The centrifugal force of the rotating mold distributes the molten iron uni-formly around the inner surface of the mold. Upon cooling, extraction and heat treatment, high quality pipe with uniform thickness results.