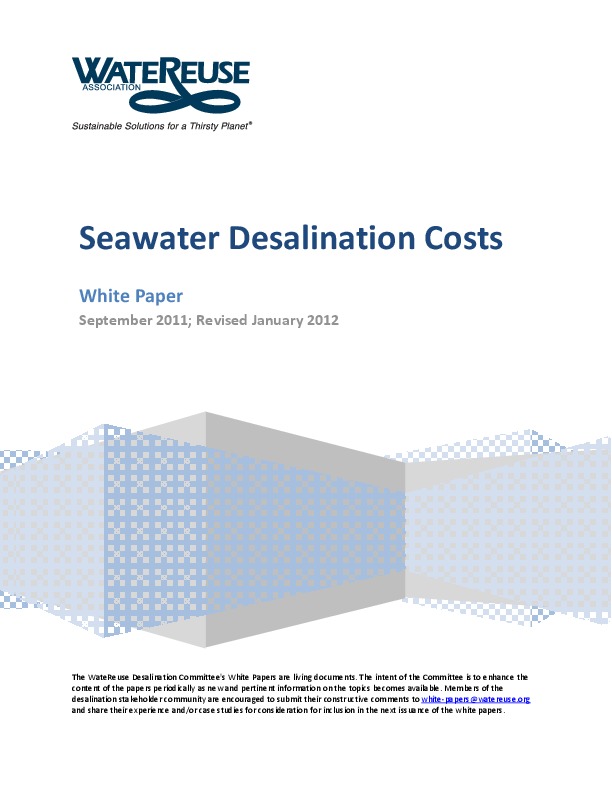 One of the most sensitive and critical aspects of any water project is cost. For membrane desalination, decreasing costs and producing superior water quality are among a number of significant reasons why this technology continues to be the water treatment technology of choice in the United States and around the world.

This white paper serves to: provide an overview of cost drivers and components of the desalination process; present costs associated with desalination compared to other water supply alternatives; discuss challenges and perceptions; and highlight recent advances in desalination technology that affect the total delivered cost of water.

Although membrane desalination was first commercialized in the United States in the late 1960’s, reverse osmosis membrane technology was not widely implemented until the 1980’s, largely due to the relatively high costs compared to other potable water treatment alternatives. Why have these costs decreased or appeared more reasonable and competitive over time?

Although there are a number of reasons, the reduction in costs are primarily related to improvements in manufacturing methods, the changing facets of the regulatory environment in the United States, the increased market demand and competition for membranes, and the gradual depletion of more conventional groundwater sources.