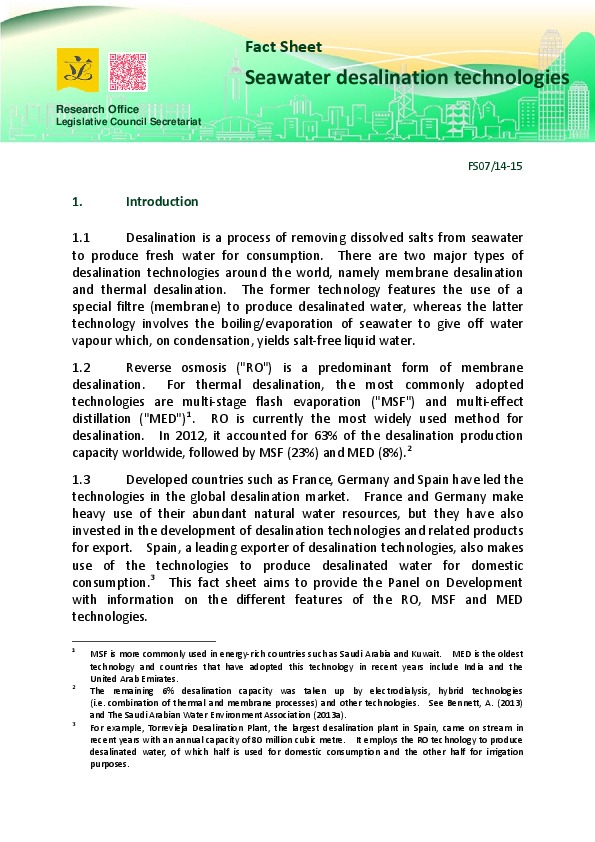 Desalination is a process of removing dissolved salts from seawater to produce fresh water for consumption. There are two major types of desalination technologies around the world, namely membrane desalination and thermal desalination.

The former technology features the use of a special filtre (membrane) to produce desalinated water, whereas the latter technology involves the boiling/evaporation of seawater to give off water vapour which, on condensation, yields salt-free liquid water.