The Domestication of Water: Water Management in the Ancient World 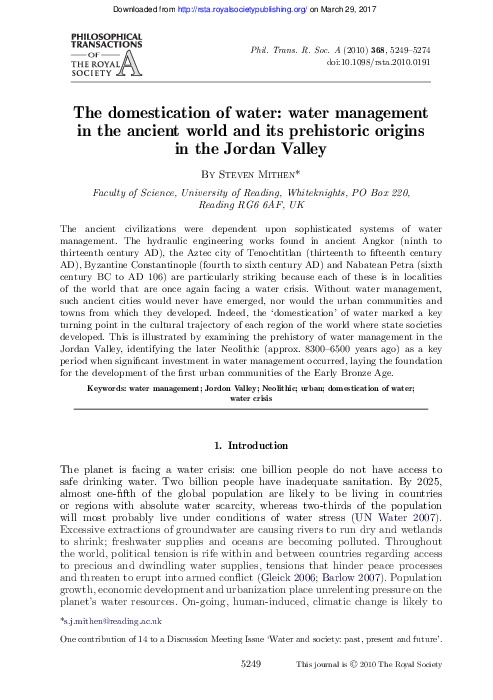 The ancient civilizations were dependent upon sophisticated systems of water management.

Without water management, such ancient cities would never have emerged, nor would the urban communities and towns from which they developed.

Indeed, the ‘domestication’ of water marked a key turning point in the cultural trajectory of each region of the world where state societies developed.

This is illustrated by examining the prehistory of water management in the Jordan Valley, identifying the later Neolithic (approx. 8300–6500 years ago) as a key period when significant investment in water management occurred, laying the foundation for the development of the first urban communities of the Early Bronze Age.