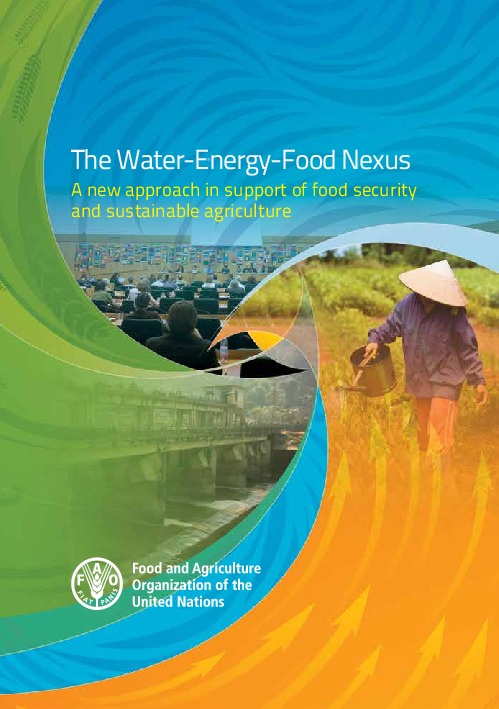 The Water-Energy-Food Nexus: Understanding and managing the complex interactions between water, energy and food. 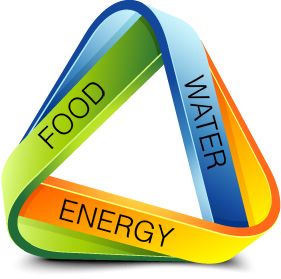 Global projections indicate that demand for freshwater, energy and food will increase significantly over the next decades under the pressure of population growth and mobility, economic development, international trade, urbanisation, diversifying diets, cultural and technological changes, and climate change (Hoff 2011).

Agriculture accounts for 70 percent of total global freshwater withdrawals, making it the largest user of water.

Water is used for agricultural production, forestry and fishery, along the entire agri-food supply chain, and it is used to produce or transport energy in different forms (FAO 2011a). At the same time, the food production and supply chain consumes about 30 percent of total energy consumed globally (FAO 2011b).

Energy is required to produce, transport and distribute food as well as to extract, pump, lift, collect, transport and treat water. Cities, industry and other users, too, claim increasingly more water, energy and land resources, and at the same time, face problems of environmental degradation and in some cases, resources scarcity.

This situation is expected to be exacerbated in the near future as 60 percent more food will need to be produced in order to feed the world population in 2050. Global energy consumption is projected to grow by up to 50 percent by 2035 (IEA 2010). Total global water withdrawals for irrigation are projected to increase by 10 percent by 2050 (FAO 2011a).

Published by :   Food and Agriculture Organization of the United Nations