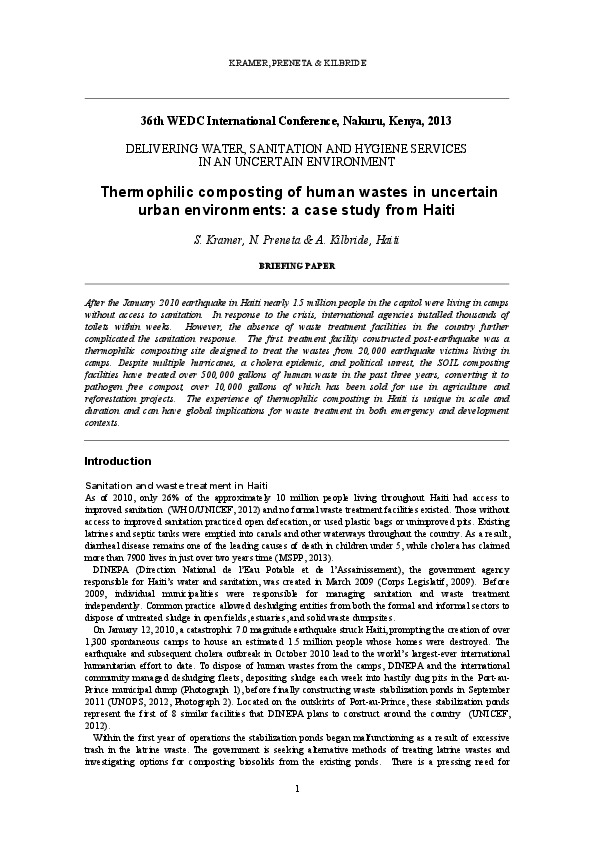 After the January 2010 earthquake in Haiti nearly 1.5 million people in the capitol were living in camps without access to sanitation. In response to the crisis, international agencies installed thousands of toilets within weeks.

However, the absence of waste treatment facilities in the country further complicated the sanitation response. The first treatment facility constructed post-earthquake was a thermophilic composting site designed to treat the wastes from 20,000 earthquake victims living in camps.

Despite multiple hurricanes, a cholera epidemic, and political unrest, the SOIL composting facilities have treated over 500,000 gallons of human waste in the past three years, converting it to pathogen free compost, over 10,000 gallons of which has been sold for use in agriculture and reforestation projects. The experience of thermophilic composting in Haiti is unique in scale and duration and can have global implications for waste treatment in both emergency and development contexts.