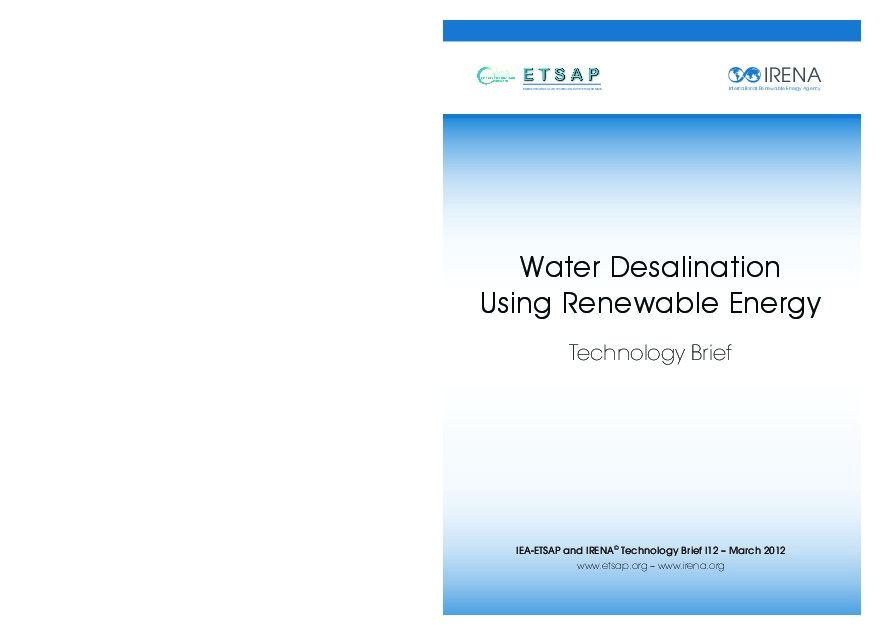 This brief focuses primarily on water desalination based on the use of renewable energy, i.e. renewable desalination . Global water withdrawals amount to around 4,000 billion m3 per year and in some regions – especially the Middle East and Northern Africa (MENA) – desalination has become the most important source of water for drinking and agriculture.

Today’s global desalinated water production amounts to about 65.2 million m3 per day (24 billion m3 per year), equivalent to 0.6% of global water supply. The MENA region accounts for about 38% of the global de-salination capacity, with Saudi Arabia being the largest desalinating country.

Major desalination technology options are based on thermal processes using both heat and electricity, and membrane technologies using electricity only. The dominant technology is Reverse Osmosis (RO), which accounts for 60% of the global capacity, followed by Multi Stage Flash (MSF), with a 26.8% share.

Thiss brief is available for download from the following IEA-ETSAP and IRENA sites
iea-etsap.org/web/Supply.asp
www.irena.org/Publications