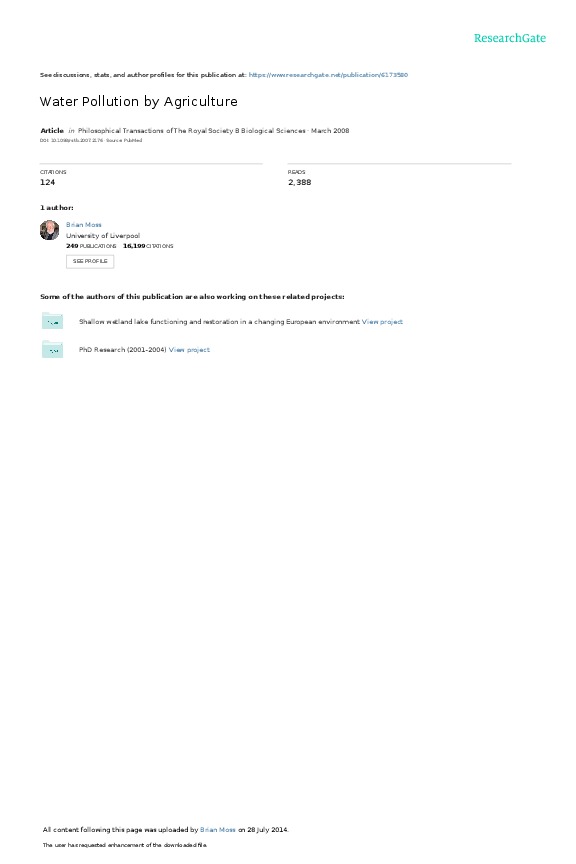 Agriculture disrupts all freshwater systems hugely from their pristine states. The former reductionist concept of pollution was of examining individual effects of particular substances on individual taxa or sub-communities in freshwater systems, an essentially ecotoxicological concept. It is now less useful than a more holistic approach that treats the impacts on the system as a whole and includes physical impacts such as drainage and physical modification of river channels and modification of the catchment as well as nutrient, particulate and biocide pollution. The European Water Framework Directive implicitly recognizes this in requiring restoration of water bodies to ‘good ecological quality’, which is defined as only slightly different from pristine state. The implications for the management of agriculture are far more profound than is currently widely realized.