Why Water Cannot be Decoupled from Energy, an Urgent South African Perspective 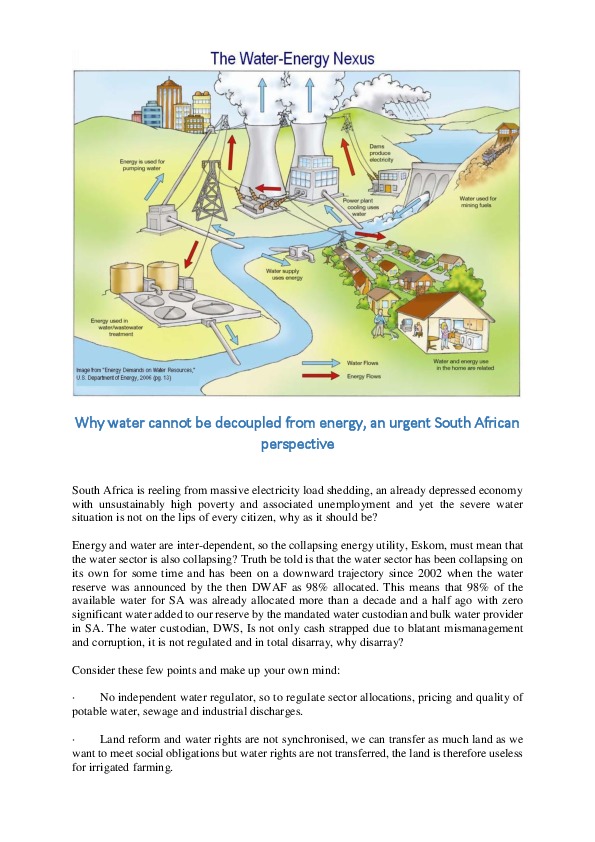 South Africa is reeling from massive electricity load shedding, an already depressed economy with unsustainably high poverty and associated unemployment and yet the severe water  situation is not on the lips of every citizen, why as it should be?

Energy and water are inter-dependent, so the collapsing energy utility, Eskom, must mean that the water sector is also collapsing? Truth be told is that the water sector has been collapsing on its own for some time and has been on a downward trajectory since 2002 when the water reserve was announced by the then DWAF as 98% allocated. This means that 98% of the available water for SA was already allocated more than a decade and a half ago with zero significant water added to our reserve by the mandated water custodian and bulk water provider in SA. The water custodian, DWS, Is not only cash strapped due to blatant mismanagement and corruption, it is not regulated and in total disarray, why disarray?