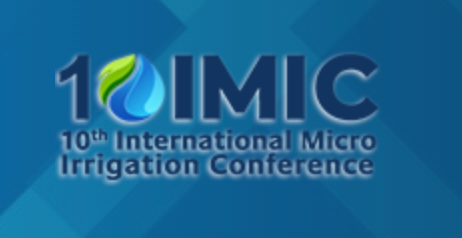 Irrigation is one of the oldest practices since the early civilizations thousands of years ago. The earliest known systems of irrigation began in 6000 BC in Egypt and Mesopotamia and the different ways to water the plants have been displayed on the walls of ancient temples and ruins.

The early irrigation system was surface irrigation until the 19th century. Sprinkler irrigation first became a reality at the end of the 19th century when different designs of lawn-sprinklers were invented by Joseph Lessler in New York in 1871, Philip Pratt of Massachusetts in 1872 and in 1894 by Charles Skinner in Ohio. Then Joseph H. Smith of Washington, improved upon the lawn sprinkler by producing the first rotary-head lawn sprinkler in 1897. Technologies continued to improve until the mid-20th century when in 1948, Frank Zybach an innovative Nebraska farmer developed a new type of sprinkler system, the centre pivot, patented in 1952.

Shortly after, the drip irrigation system has been invented in 1959 by Simcha Blass, a Polish-Israeli engineer with his son Yeshayahu.
Until recently, drip irrigation was considered the most efficient technological advancement used to irrigate crops. However, practitioners continued to look for ways to improve the irrigation efficiencies and increase water and energy saving. Their efforts led to new irrigation technologies quoted under various names such as Micro-irrigation, Nano-irrigation, Ultra Low Drip Irrigation, ULDI, Varying Irrigation Rate, VRI technology in centre Pivot, and more. This conference on Micro-irrigation will focus on the latest irrigation systems and technologies that aim at water and energy saving, enhancing water use efficiency and improving water productivity.

The Micro-irrigation is one-step in the right direction to cope with the increasing impact of climate change, the limitation in water resources, the widening gap between water supply and demand, as well as food security for the increasing population.

For those reasons, there is a need to start using a more controlled and precise plant irrigation system. Thus, micro-irrigation systems have become more and more popular recently.

In Micro-Irrigation, one can have a pressure regulator, which can minimize the pressure to the required level as well as have an automatic irrigation timer for switching to different areas and times of the day. They can also have soil moisture and rain shut off sensors. Thus, the irrigation system can regulate itself on how much water to apply.

The benefits of using Micro-Irrigation are that it maximizes the use of the available water, maximizes yield, water use efficiency and water productivity, minimizes the costs of water, energy, labour and operation and prevents soil erosion.

In conclusion, micro-irrigation is the preferred irrigation method nowadays. Due to climate change and severe droughts, some countries even encourage the usage of micro-irrigation systems through law regulations. I personally encourage all irrigation practitioners to come to this conference to benefit from the experts’ presentations, gain and share knowledge and information, network with senior and junior practitioners, visit the local Micro-irrigation sites and enjoy the breath-taking sceneries and the hospitality of Morocco. I look forward to meeting you all at the conference.